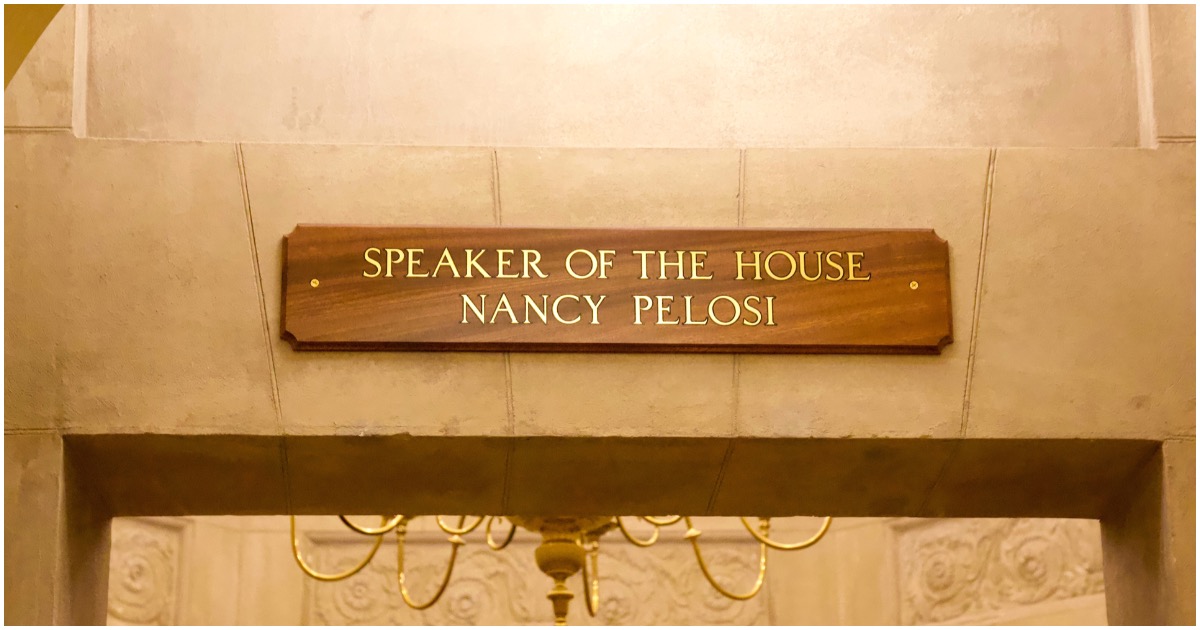 The following article, Pelosi Officially Secures Another Term As Speaker of the House for 117th Congress [Details], was first published on Flag And Cross.

On Sunday evening, far-left radicals elected Pelosi to another term as Speaker of the House – for whatever reason (probably because she’s a big name).

Long-time San Francisco Congresswoman Nancy Pelosi (D-CA), 80, secured her fourth term as Speaker of the House of Representatives on Sunday afternoon when the 117th Congress, which will serve until 2023, convened for the first day of the new session in Washington, DC.

Pelosi, who has served in Congress since the 1980s, received 216 votes for speaker, seven more votes than the runner-up, Congressman Kevin McCarthy (R-CA). Since she declared her intent to run for speaker again, Pelosi has not drawn any public challenges from other members of the caucus, although some have previously refused to disclose how they would vote.

Pelosi said, “Indeed, the pandemic has pulled back the curtain and shown even worsened disparities in our economy and our society. We must pursue justice: Economic justice, justice in health, racial justice, environmental and climate justice, the list goes on. Every morning in this chamber, we take a pledge: One nation, under God, indivisible, with liberty and justice for all. Liberty and Justice for All. Every day, the Congress must live up to that pledge.”

Statement by President-elect Biden on Nancy Pelosi’s reelection as Speaker of the House: pic.twitter.com/m6u6BwFlRj

Continue reading: Pelosi Officially Secures Another Term As Speaker of the House for 117th Congress [Details] ...