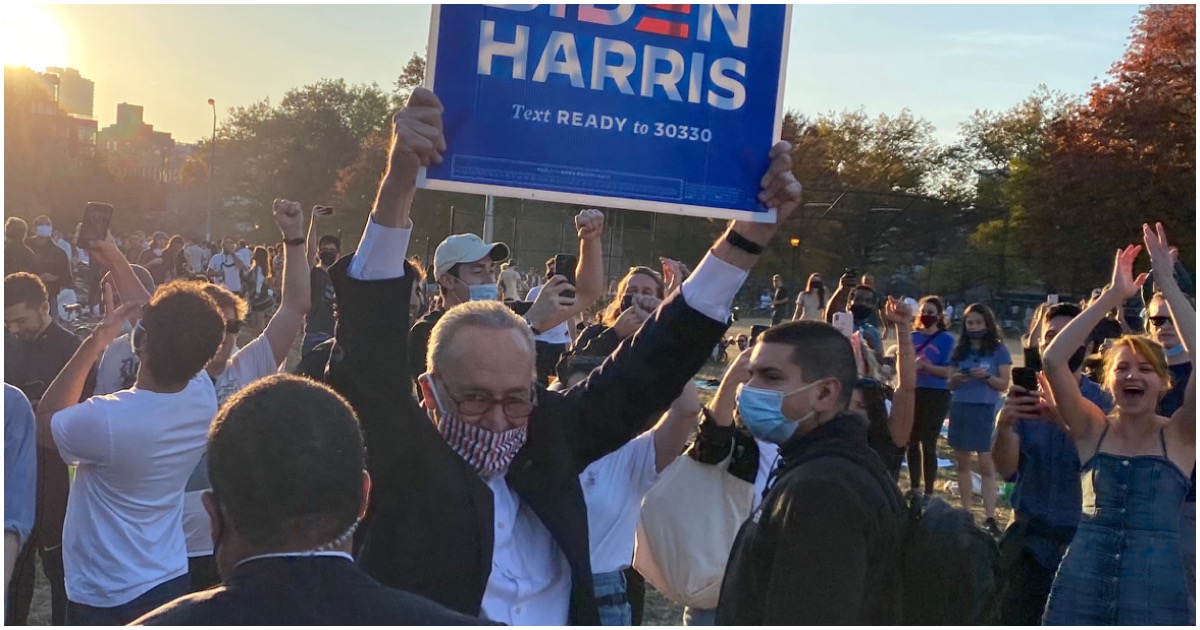 The following article, Don’t Forget: Dems Have Objected to Electoral College Vote for Last 3 GOP Presidents, was first published on Flag And Cross.

Democrats can do something 100-times over and they get a pass because they’re backed by the media. Republicans can do the same exact thing once and they take a pounding.

Democrats are outraged that Republicans are planning on objecting to the certification of electoral votes. It’s “conspiracy and fantasy,” says Senate Minority Leader Chuck Schumer.

There’s only one problem with Chucky’s “argument based on fact and reason.” Democrats have been challenging the electoral vote certification for two decades.

The last three times a Republican has been elected president — Trump in 2016 and George W. Bush in both 2000 and 2004 — Democrats in the House have brought objections to the electoral votes in states the GOP nominee won. In early 2005 specifically, Sen. Barbara Boxer, D-Calif., along with Rep. Stephanie Tubbs, D-Ohio, objected to Bush’s 2004 electoral votes in Ohio.

Where in the world did this Walmart tweet come from?

Thanks ⁦@Walmart⁩ for your insulting condescension. Now that you’ve insulted 75 million Americans, will you at least apologize for using slave labor? pic.twitter.com/oYJP4Cv2qE

The tweet published earlier was mistakenly posted by a member of our social media team. We deleted the post and have no intention of commenting on the subject of certifying the electoral college. We apologize to Senator Hawley for this error and any confusion about our position.

Millions of voters concerned about election integrity deserve to be heard. I will object on January 6 on their behalf pic.twitter.com/kTaaPPJGHE