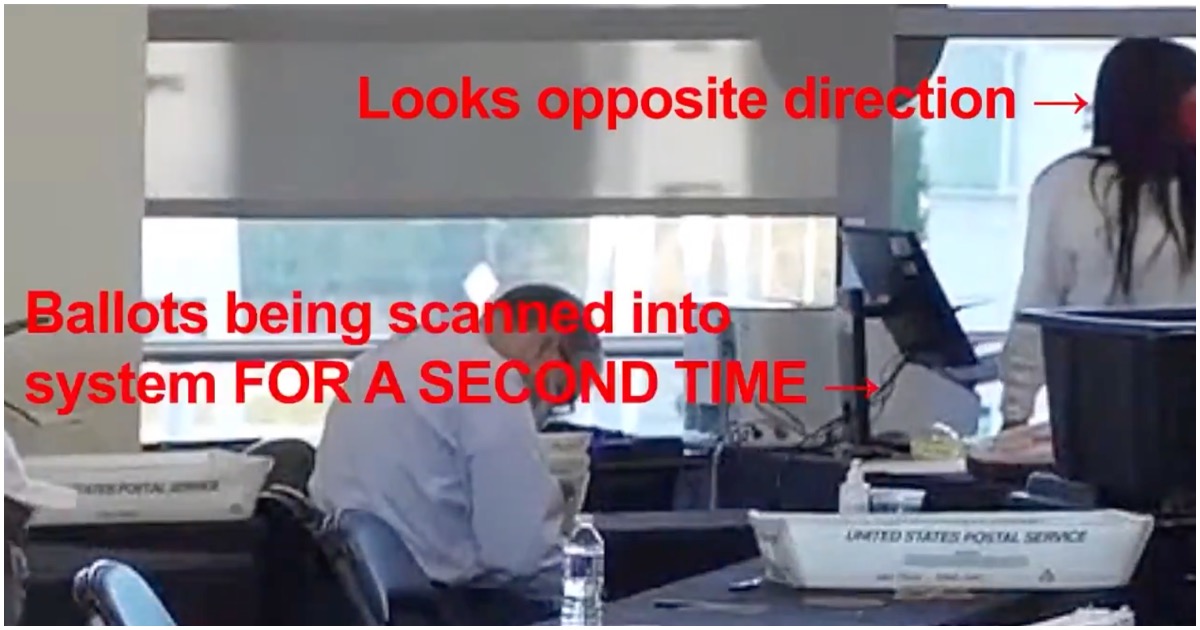 How is it possible that the 2020 presidential election will come down to what happens on The Hill on January 6, when there is clear evidence of fraud? Lots of it. Video after video shows deception taking place.

If Joe Biden steps foot in the White House, it means Republicans gave up.

NEW: The same batch of ballots being scanned 5 times in a row in Fulton County, Georgia at State Farm Arena on November 3, 2020. pic.twitter.com/WpqBIWmM8P

And so are we supposed to believe our lying eyes or believe the dems/liberals as they continue to deny even a ‘smidgen of voter fraud’??? Of course have to remember that those dems are trying to hang on to their ‘win’ and admiting to massive voter fraud might cancel that win….

We are dealing with the children of Satan when they profess with the lie that there was no voter fraud. These people who deliberately used their ability to steal the election from President Trump and those who lie about it will answer to a higher authority one day. The sneaky thieves of the Democrat Party have sold their souls to the devil. They will not escape God’s judgement.

Time to make an arrest of this person who thought she was getting away with counting the ballots multiple times.

IT HAS BEEN SAID AT ONE TIME,
THAT YOU GO TO AMERICA YOU WILL GET YOUR POCKET PICKED SOME OF THE CROOKED PEOPLE ON EARTH OR CROKED BASTARDS’
PLANE AND SIMPLE