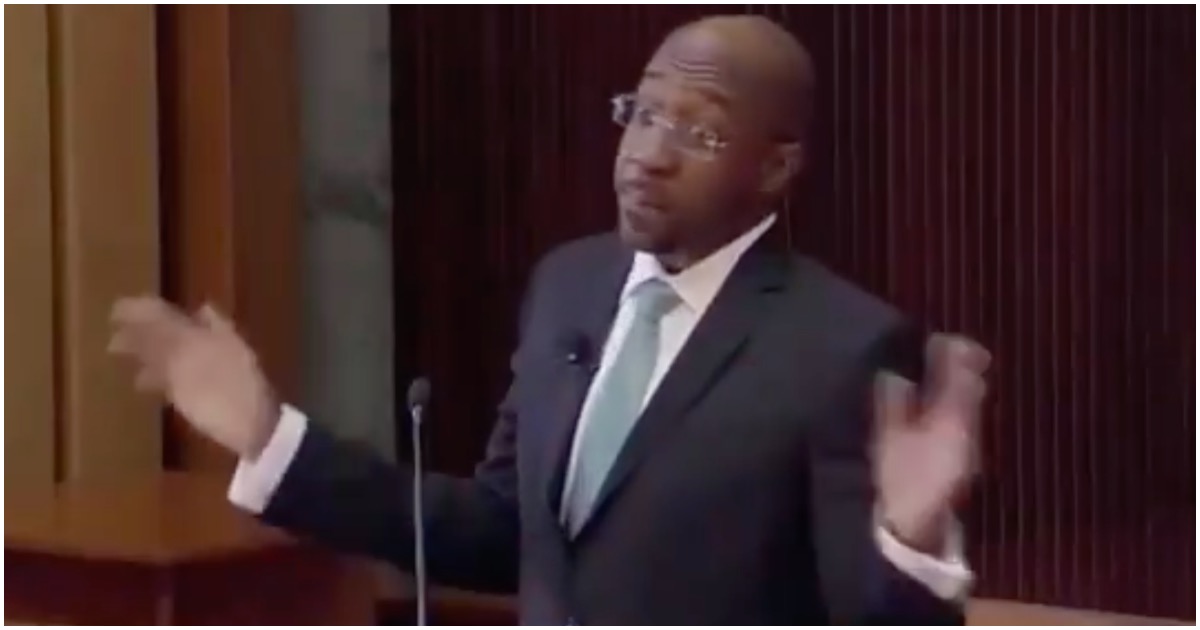 The following article, Dem GA Senate Candidate: U.S. Must Repent for ‘Worship of Whiteness’ & Trump Support, was first published on Flag And Cross.

If Georgia elects Raphael Warnock and/or Jon Ossoff to the Senate, it might be time to secede from the union. All jokes aside, both of those “men” in the upper chamber would drag America to her knees.

Warnock has a lot of problems. Chief among them, his hatred for his country and white people.

He is everything wrong with the U.S.

WARNOCK: America needs to repent for supporting Trump and its ‘worship of whiteness’ pic.twitter.com/xjhORjm7EC

Ossoff and Warnock are not only far-left radicals, but they are very bad, uninformed people.

Jon Ossoff, a Democratic Senate candidate in Georgia, hyped the reporting of Xinhua News – a Chinese Communist Party-run news outlet – with a shoutout on Twitter and has shared clips praising the advances of China’s Navy.

The unearthed remarks – occurring on Twitter in 2012 – are in addition to Ossoff’s financial ties to another Chinese state-run media company – a relationship he failed to include on financial disclosures and labeled “paperwork oversight” by his campaign.

I do not worship it, I wear it like a skin for all of you Racist people to see!