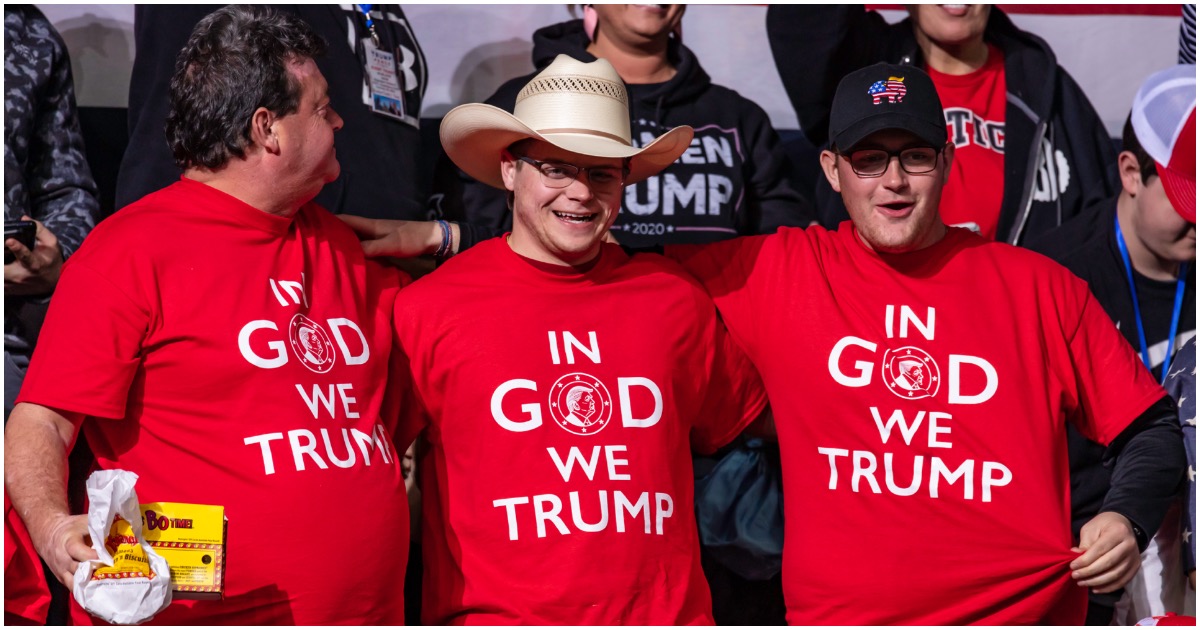 The following article, DAVIDSON: 64 Days of Angst for Trump Supporters, was first published on Flag And Cross.

January 6, 2021 will be one of the most monumental days in American history. Since November 3rd, multi-millions of Trump supporters have been in a state of anxiety, unlike anything they have experienced as voters. Each and every morning they log on to various conservative news websites to read about and gauge the latest exposures of election fraud. They know that the fraud has been deep and massive, and that the mainstream media and big tech are engaging in the gaslight operation of the ages.

Ignoring the Obvious, In Unison

At every turn, the media has ignored one disclosure after another, no matter how strong any particular development happens to indicate the level and nature of the election fraud. Especially those occurring primarily in the six swing states of Michigan, Pennsylvania, Wisconsin, Georgia, Arizona, and Nevada.

The media cabal and the web giants claim that any Trump campaign-produced evidence is merely disinformation, rumors, or wild innuendo, without any basis in fact. They preface virtually every legitimate report of documented election fraud with key phrases such as “without evidence” or “highly disputed.”

Trump voters have come to realize that there’s no point whatsoever in checking the mainstream media because not a single item about the fraud will be given fair treatment, if mentioned at all: Not the 200,000+ excess votes in Pennsylvania beyond the number of registered voters. Not the shipment of more than 133,000 email ballots delivered from New York to Pennsylvania the day after the election. Not anything new about the video recording showing the fraud taking place in Atlanta after four workers remained while everyone else was told to go home. Not any of the shenanigans and down-right criminality that occurred in Wisconsin, Arizona, Nevada, and Michigan.

Ready for a Breakthrough

All the while, patriots and, Trump supporters in particular, are wondering if a news breakthrough is on the horizon. Every court, even up to the Supreme Court has declined to take on cases related to the election. Few if any judges have actually rejected any of the massive amounts of evidence, because these judges have not seen any of the evidence. They cite ‘lack of standing’ or ‘laches.’

Yet, there is so much evidence, including 2,500 sworn affidavits (under penalty of perjury) that the situation almost defies belief that no court and no judge will take on the issue. On top of that, we now have reports that numerous governors, state secretary of states, board of election directors, and so forth have direct ties to China. This is not speculation, it has been shown conclusively.

China, the Democratic National Committee, and a host of others who have been paid off directly, maintain a vested interest in not having this election overturned. Indeed, if it were to be overturned, many of those who have accepted bribes, and acted contrary to a free and Democratic society know that they would be susceptible to lawsuits – not just civil, but criminal.

Against this backdrop, could it be possible that Donald Trump will pull out a win before January 20th? One viable route seems to be to receive a comprehensive DNI report showing that there was foreign interference. Under Executive Order 13848, Donald Trump could then seize voting machines, most of which have already been wiped clean.

Still, there is enough evidence for experts doing a forensic audit to determine whether or not the machines were susceptible to fraud, could be hacked, could link to the internet, could have votes transferred from one candidate to another, and could otherwise be manipulated.

To start flipping public sentiment, only a few of such machines need to be audited within each of the celebrated counties which, supposedly, ‘magically’ went for Biden. Once public sentiment builds, and this will be indicated by the mainstream media’s inability to ignore the issue, things will get rolling.

Some media outlets are tougher than others. For example, the Uber-leftist, America-hating New York Times has yet to comment on Eric Swalwell’s dalliance with Chinese spies, and the fact that he continues to be on the House Intelligence Committee.

The dam will break, nevertheless. Trump could well be re-inaugurated, and the United States continue on as the bastion of hope and freedom for people around the world.