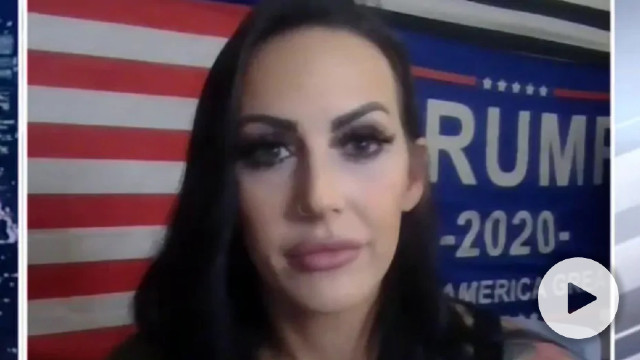 A salon owner in the state of Oregon, who opened her business in defiance of the state’s oppressive lockdown orders, has accused Gov. Kate Brown of “retaliating” against her family in a new $100,000 lawsuit.

The lawsuit in question goes into great detail about the financial damages she incurred from having to close her business for extended periods and all of the exorbitant fines that were issued against her as she simply struggled to earn a living and put food on the table for her family.

Glamour Salon owner Lindsey Graham reopened her salon in May and received a fine of $14,000 from the state. Graham claimed that Brown began to personally “terrorize” her family, and threatened to place her children under the care of Child Protective Services to “intimidate” her into closing her salon doors.

“As soon as I tried to open my doors against the governor’s mandate back in May, she came at me with the full weight of the state,” Graham told “The Ingraham Angle” on Monday.

Just three days after she publicly opened her salon, Child Protective Services showed up at her front door and began to interview her children without her being present.

She said that they, “opened a full-blown case against me which was completely bogus and unwarranted, and it didn’t come until I shot back at them with a threat of the lawsuit,” that they finally backed down.

The lawsuit, which was filed on December 18th, alleges that the shutting down of private businesses for extended periods of time “caused greater negative health effects on Oregonians in the form of increased stress, anxiety, and depression.”

Graham has also gone on to say that Brown doesn’t possess the authority to shut down private businesses, especially ones that can clearly demonstrate safe health practices and adhere to requirements already laid out by the government.

At the end of the day, this virus has a survival rating of 99 percent. Almost everyone who gets it is going to be just fine. We’ve also now seen reports that asymptomatic spread doesn’t actually happen.

If that’s true, there’s no reason to keep everyone locked down. It’s time to open up the economy and allow the young and healthy to get back to living their lives and working to help support the economy and their families.

The entire lock-down America is nothing but the democrats demonstrating their ‘power’ over Americans with their illegal acts & orders. Hope the lawsuit puts that gov out of office.

I agree with this salon owner!