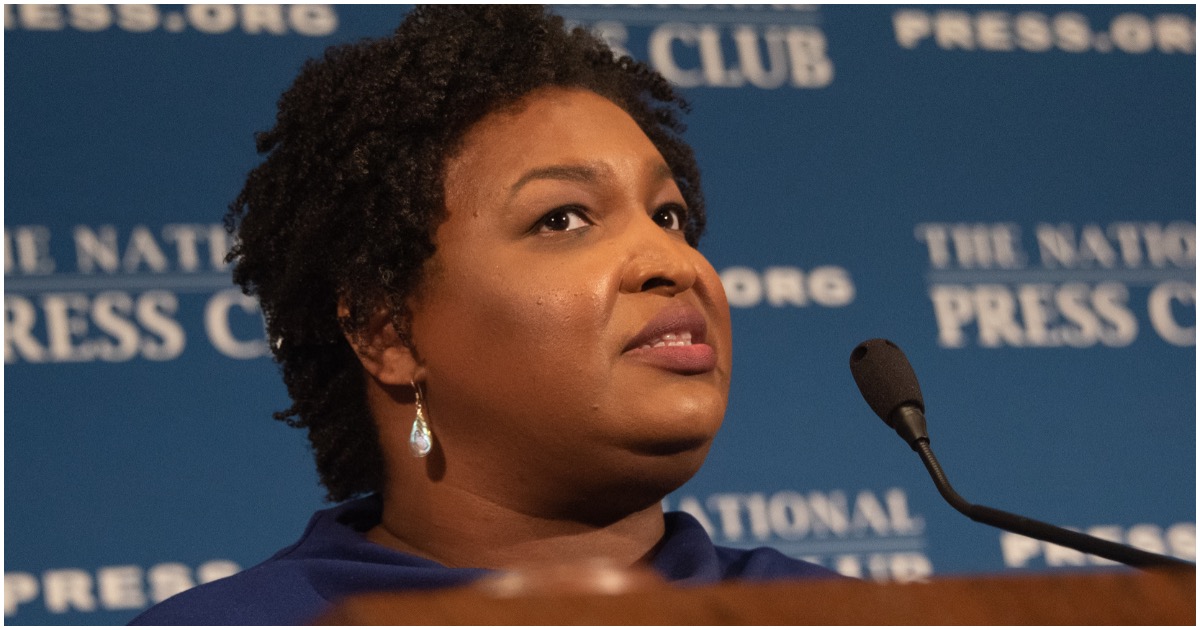 The following article, Republicans Don’t ‘Know How to Win Without Voter Suppression’ Says Failed Dem Candidate, was first published on Flag And Cross.

Barring some radical event on January 6 in Washington DC, Joe Biden will most likely become president of the United States. It’s a sad fact, but one we must ultimately accept (not the right word).

Biden has already named a handful of people to key posts in his administration. All of them are hardcore leftists.

Might he eventually bring on failed gubernatorial candidate (and radical anti-American) Stacey Abrams, too?

On Monday, appearing on CNN’s “New Day,” Stacey Abrams, a former Democratic gubernatorial nominee in Georgia who claimed she had lost the race to then-Secretary of State Brian Kemp in the gubernatorial race in 2018 because of voter suppression, stated, “Republicans do not know how to win without voter suppression as one of their tools.”

She blabbered, “When we create access to the right to vote for eligible citizens, more people participate. And Republicans do not know how to win without voter suppression as one of their tools. That’s why we see True the Vote down here in Georgia challenging 364,000 voters nine days before — eight days before the election because voter suppression is their modus operandi.”

What the scum-bag failed would be politician of dem persuasion means is that republicans cannot win elections with all the dem’s/liberal’s voter fraud now being used by liberals.