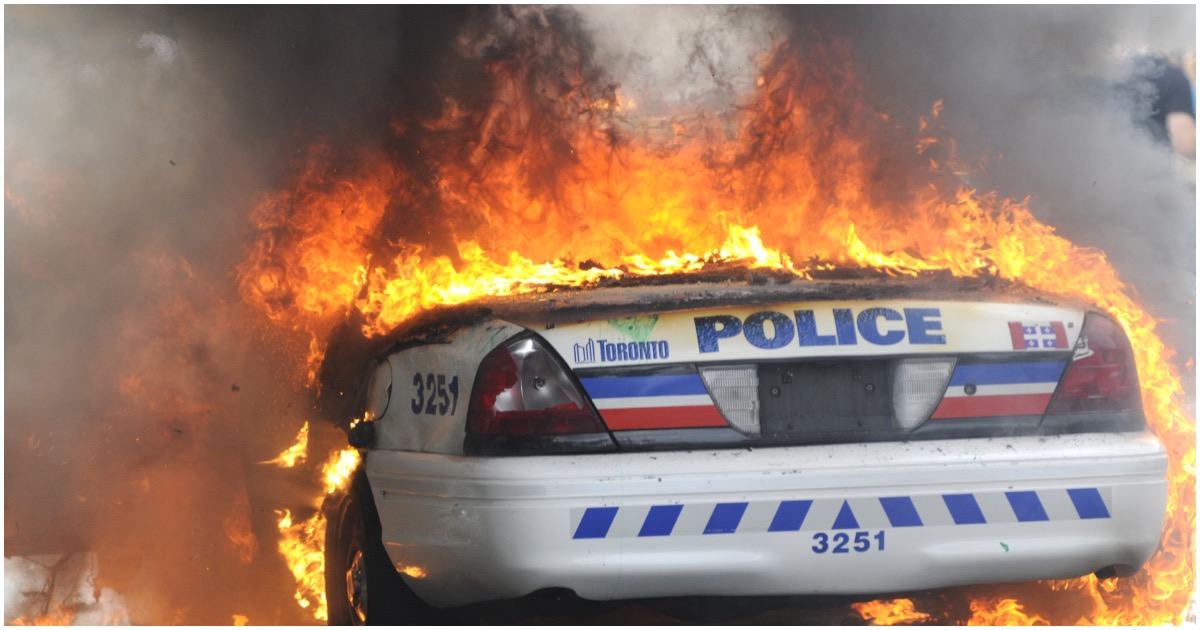 Most liberals these days are not only anti-American, but they’re anti-everything good. It’s as if these people hate you, me and themselves – and they want everybody to know it.

One of four criminal suspects who were arrested earlier this month for fire-bombing police vehicles in Little Rock back in August has been outed as a far-left activist “reporter” for an Arkansas-based public radio station.

In one article she wrote for the far-left site Truthout last year, she falsely accused President Donald Trump of saying that neo-Nazis are “very nice people.”

She also suggested that white people who take issue with hateful, bigoted anti-white racism are no different than neo-Nazis.

I will never understand this kind of evil ever. All 4 of these people are anti-American and I hope they are all given good prison sentences where maybe they will grow up and appreciate the country they were born into and be grateful. I highly doubt this, but one can hope.