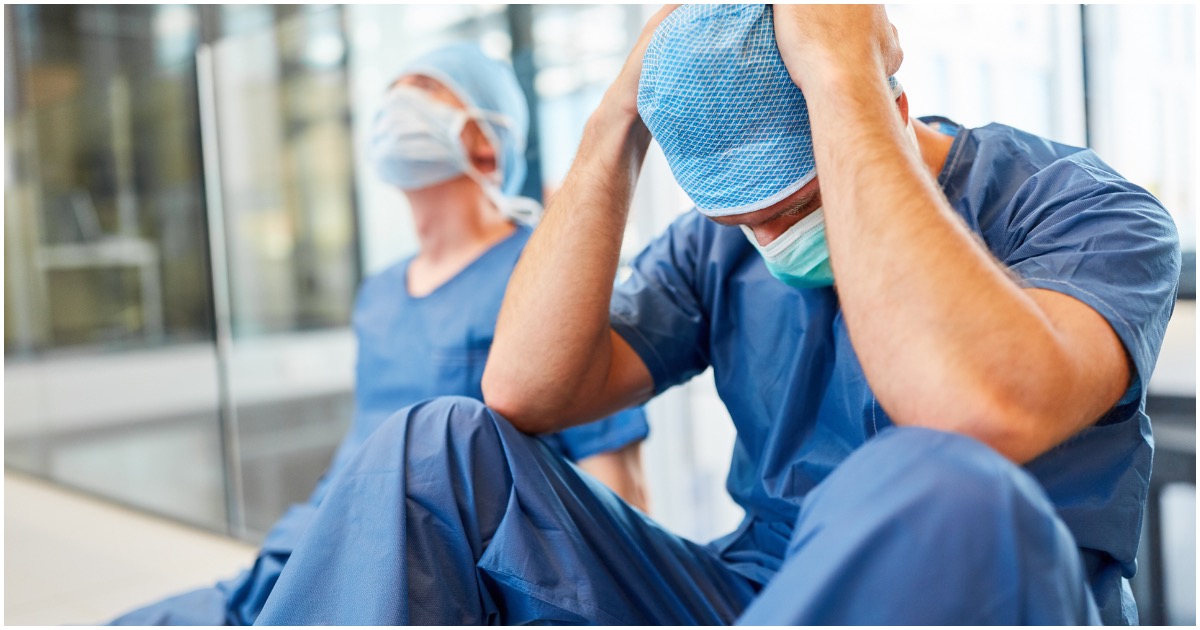 The following article, Old Man Beaten to Death with Oxygen Tank on Christmas By Hospital Roommate For Praying, was first published on Flag And Cross.

As if being an old man in the hospital with COVID-19 wasn’t bad enough, this guy had to endure a beating from an oxygen tank simply for praying. It’s a sick world.

A 37-year-old California man has been arrested for allegedly striking a senior citizen to death with an oxygen tank for praying, an incident that occurred while the two men were sharing a room at a Southern California hospital.

Jesse Martinez, 37, was charged with murder and elder abuse late last week for the December 17 incident, which left an 82-year-old man with injuries that he succumbed to the following day, according to the Los Angeles County Sheriff’s Department.

The Washington Post reports that the elderly man, who was sick with COVID-19, “leaned on his Catholic faith and began to pray” shortly before he was brutally beaten. The two men were both receiving treatment for COVID-19 at the Antelope Valley Hospital in Lancaster, California, a region where hospital resources have been stretched thin, particularly with regards to the availability of frontline workers.

Martinez was sharing a hospital room with the victim, who he did not know before entering the hospital, according to authorities. The motive for the attack was not clear, and it is not clear why Martinez became angry when the man started praying. The incident remains under investigation.

Do unto other’s as you would have done unto you. Why is it so hard for some people to be good people?