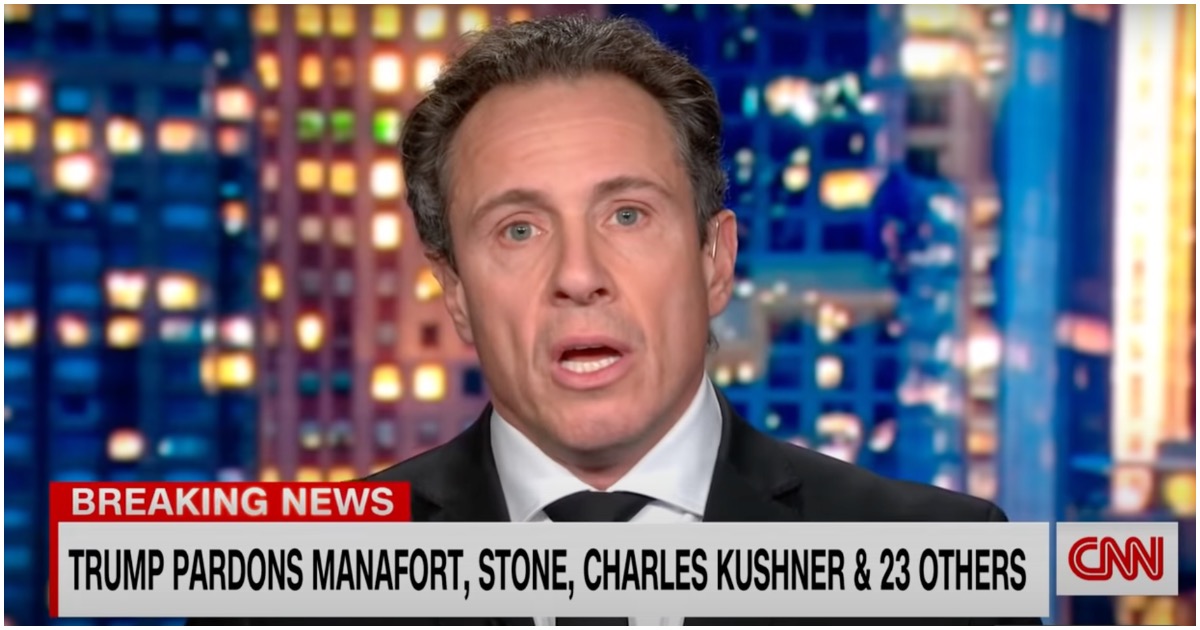 The following article, CNN’s Chris Cuomo: ‘Inhumane’ Trump Is the ‘Worst President We Have Ever Seen’, was first published on Flag And Cross.

Record-low unemployment across the board. A thriving economy. No new wars. Over six million people off of food stamps. Numerous peace deals brokered between Israel and Arab nations. A vaccine for a pandemic delivered faster than anyone thought possible.

But yeah, Donald Trump is the worst president America has ever seen.

CNN anchor Chris Cuomo said Wednesday on his show “Cuomo Prime Time” that President Donald Trump was “the worst president we have ever seen.”

He said, “He is the worst we have ever seen. The only reason you would defend that is because you don’t want to give in to the status quo. But what are you saying when you decide to reject the status quo by making it worse, by injecting the political equivalent of a virus into our political corpus? And that’s what Trump is. He is not a cure. He has never been a cure. He was never going to be a cure. He was injected as a virus to make the system sick, and he has. And now we are on our knees in this country. And the only chance for us to get to a better place is to recognize what we have had all along. The ability to come together, to be about a common cause, and to demand better from the men and women that we invest with power to do our business. If you expect nothing, you get this: we must change. Let it be a gift to us before this Christmas. He is the worst. We must get better from here.”

Continue reading: CNN’s Chris Cuomo: ‘Inhumane’ Trump Is the ‘Worst President We Have Ever Seen’ ...

Trump didn’t throw 10,000 old folks into nursing homes to get Covid and die. YOU did that Cuomo !

FAKE NEWS FAKE NEWS FAKE NEWS Our President Donald Trump Is The Best President We Have Ever Had. We Are Going To Have Our Best President We Ever Had For Another 4 Years. 🚂🇺🇲❤️🇺🇲❤️🇺🇲❤️🇺🇲❤️ We Do NOT Want To Become A Columnist Country! We Do NOT Want To Become A Socialist Country! We Want To Be A Free Country! Our Best President Donald Trump That We Have Ever Had, Never Put Our Sick Elderly People With The Covid-19 Coronavirus In Nursing Homes. So Our Elderly People That Was NOT Sick With Covid-19 Coronavirus That Were In Nursing Homes Got Sick… Read more »

If the NIT WIT Chris Cuomo were a fan of Trump’s, I would have to look more carefully at Trump!

What a bunch of BS. The spending bill which Trump has refused to sign includes a relief check for American Families of only $600 each but also includes payments to illegal immigrants at three time that amount. It also includes billions of dollars for office furniture for members of congress. Cuomo is a liar and a propagandist. The spending bill but together by the Democrats was more than 5000 pages of reckless pork spending and scams which was voted upon by congress, which had only a couple of hours to read! Trump is watching out for the best interests of… Read more »

Well Cuomo! All I have to say is you are one sick man with an ego larger than your asshole brothers!

Making a statement like that just proves how stupid he really is.