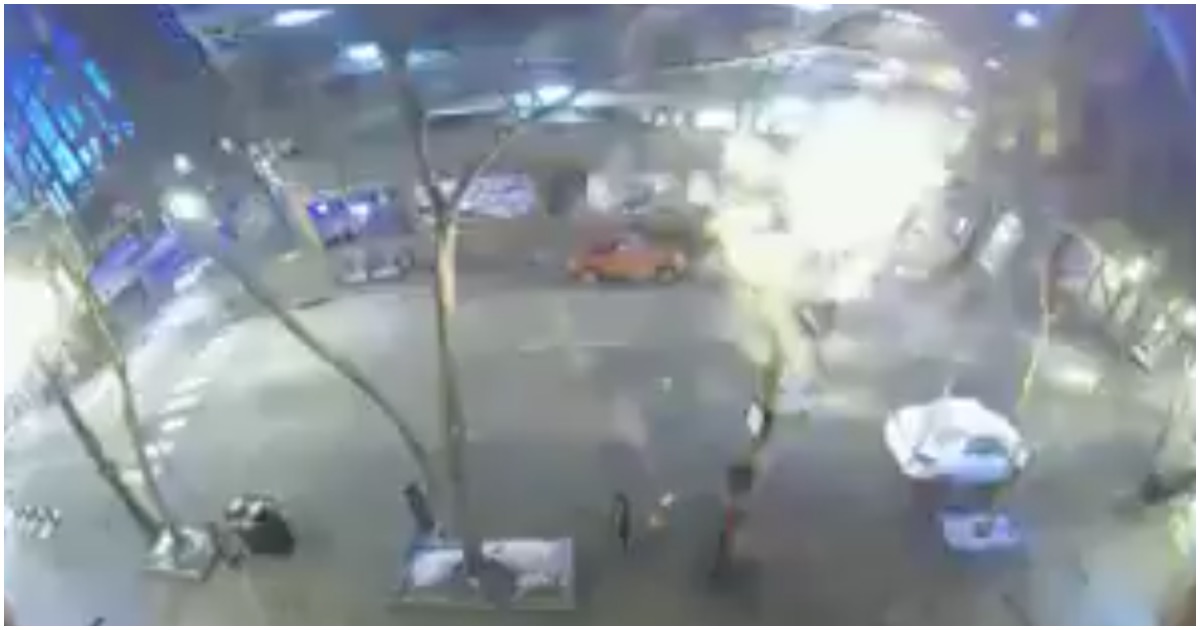 The following article, Possible Human Remains Found Near Exploded RV In Nashville — VIDEOS, was first published on Flag And Cross.

The scenes from Nashville, Tennessee were simply harrowing. Trees charred and scattered throughout 2nd Avenue. Windows and doors blown in. Several vehicles on fire. All of this in one of the nation’s busiest tourist areas.

The story is still emerging, but just 5 hours after the blast rocked the southern city, there are some strange reports coming out as to the timeline of events.

First, there are several witnesses who reported that they heard several rounds of gunfire ahead of the 6:25am explosion.

witness to gunfire prior to explosion #Nashville pic.twitter.com/wsljK9k2QF

Another video showed what appeared to be police officers in the area just prior to and during the explosion.

MUST SEE: Video obtained by WKRN from downtown Nashville shows the moment an explosion occurred that damaged buildings and injured at least three people. Law enforcement believes this was an "intentional act." pic.twitter.com/fTUamEY6bd

Authorities have found possible human remains in the area where a Friday morning explosion rocked downtown Nashville and injured three people, an event police called “an intentional act” connected to an RV that blew up at approximately 6:30 a.m. local time.

It was unclear whether the remains were related to the explosion or if they were of the person responsible or a victim, officials said. The tissue will be examined, officials said. The FBI is investigating along with local officials and the Bureau of Alcohol, Tobacco, Firearms and Explosives, and the city of Nashville activated its Emergency Operations Center.

“This appears to have been an intentional act,” Metro Nashville Police Department tweeted. “Law enforcement is closing downtown streets as investigation continues.”