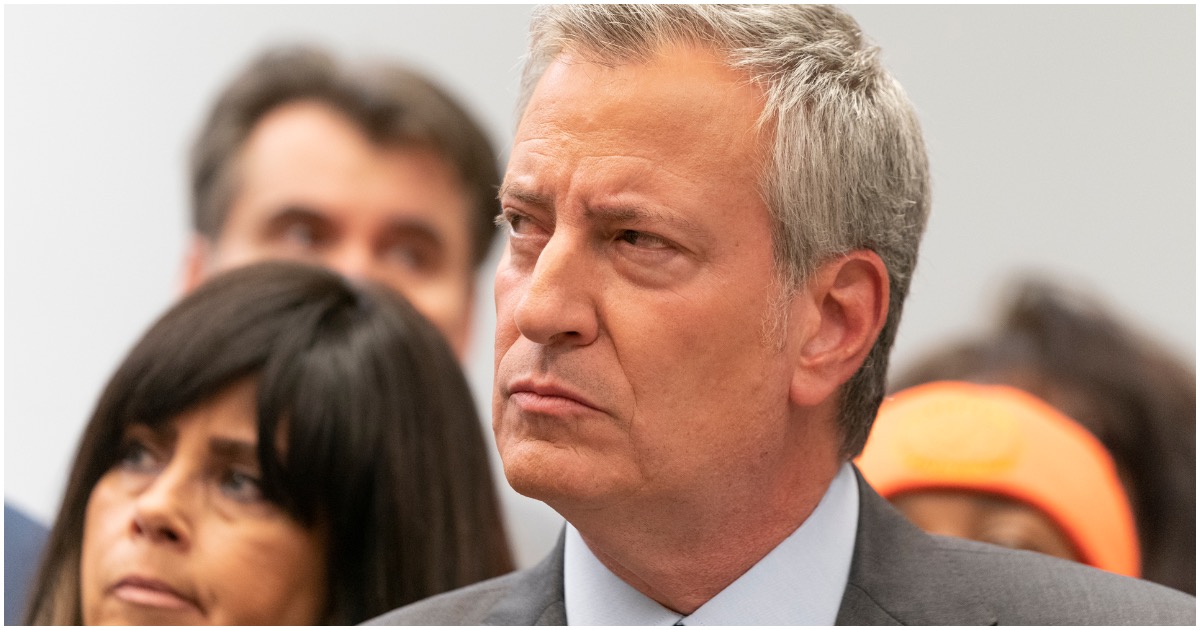 The following article, ICYMI: De Blasio: ‘I Like to Say Very Bluntly: Our Mission Is to Redistribute Wealth’, was first published on Flag And Cross.

Bill de Blasio just said out loud, in front of a camera, what conservatives have known for a long time. The craziest part is that socialists like the mayor of New York City aren’t even attempting to conceal their disdain for America, anymore.

In fact, they want you to know they hate this country.

But Joe Biden got enough like-minded people together on Election Day to earn over 80 million votes, right? Eye roll.

New York Mayor Bill de Blasio announced some big changes to the educational infrastructure in the Big Apple today, in a move that appears to be designed to drive wealthy parents and children away from public schools, and perhaps out of the city altogether.

Making no bones about his stance on wealth New Yorkers, many of whom have already fled the city, de Blasio said “I like to say very bluntly: our mission is to redistribute wealth. A lot of people bristle at that phrase, that is in fact the phrase we need to use.”

Continue reading: ICYMI: De Blasio: ‘I Like to Say Very Bluntly: Our Mission Is to Redistribute Wealth’ ...

Anyone think that deblaso is putting his personal wealth in that re-distributing pot along with your money? Nah, me neither.