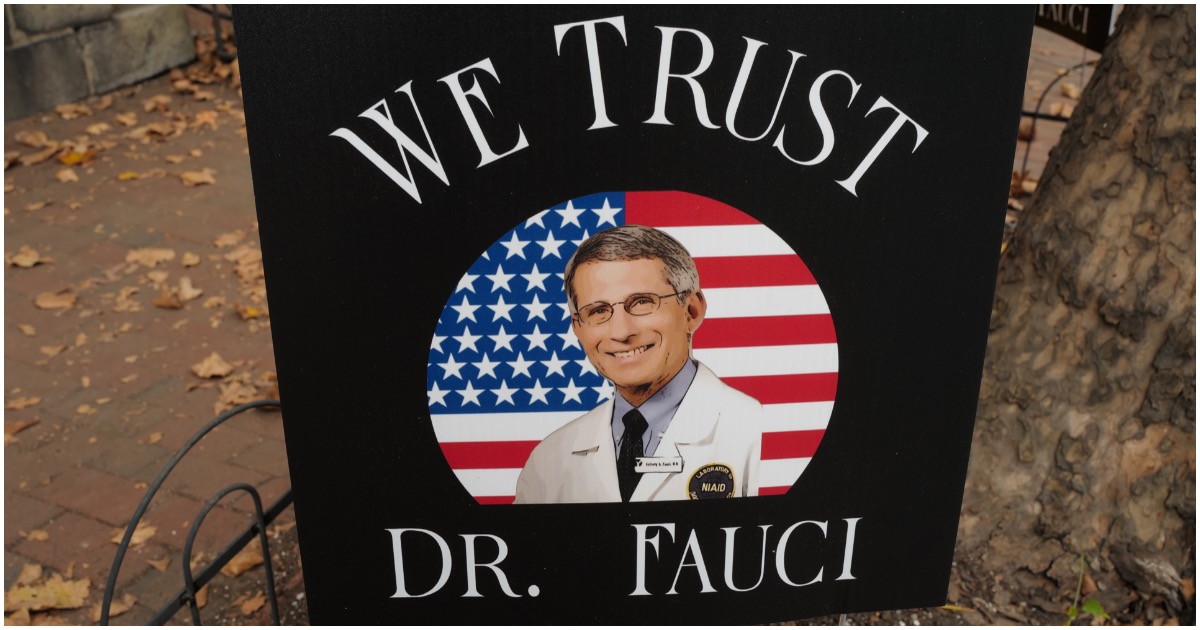 The following article, Fauci Admits to Changing Positions on COVID Because ‘Country Wasn’t Ready’ for the Truth, was first published on Flag And Cross.

Anthony Fauci told President Trump multiple times that a COVID-19 vaccine would not be ready by the end of 2020. Obviously, the doctor was proven wrong.

Fauci has often been inaccurate regarding the Chinese virus, despite being called the nation’s infectious disease expert.

Now, the guy is admitting he lied to us all.

Dr. Anthony Fauci reportedly said in a phone interview that he has been deliberately changing his public statements regarding the COVID-19 pandemic because he didn’t think people were ready to hear his true beliefs, according to the New York Times.

Fauci has been slowly increasing the number of Americans he says need to be vaccinated for the U.S. to reach “herd immunity” in public statements, the New York Times reported Thursday morning. He reportedly told the Times he has done so “partly based on new science, and partly on his gut feeling that the country is finally ready to hear what he really thinks.”

Dr Fauci’s estimate for reaching herd immunity has been steadily inching up, @nytimes’ Donald McNeil Jr reports. Fauci told us at last week’s @CNBC #HealthyReturns that it may be 75-85%. https://t.co/j18nUYZ3cV pic.twitter.com/hIKewMAFim

SURPRISE! Dr. Fauci is serenaded as he leaves work on his 80th birthday. pic.twitter.com/d5a6xYxfrA

Continue reading: Fauci Admits to Changing Positions on COVID Because ‘Country Wasn’t Ready’ for the Truth ...

DR. Fuckme has been a loser, and a liar his entire life! Remember, he’s a DemonRAT.

Dr. Useless would never admit the Truth unless he was given the OK from his DemonRat Commies. Which will never happen. The truth is he is a Turd Burglar 100%.