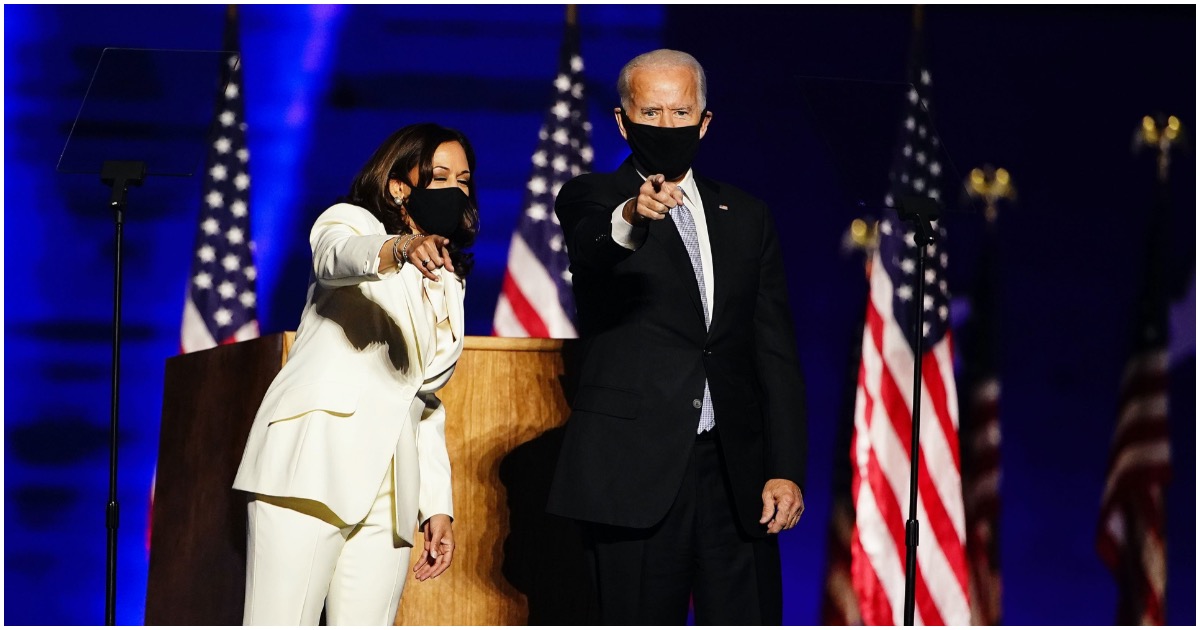 The following article, DAVIDSON: Joe Biden & Kamala Harris Will Steer the Economy Into Ruin, was first published on Flag And Cross.

In 1935, President Franklin Roosevelt signed into law the Social Security Act. It was a novel system establishing guaranteed monetary benefits for those workers lucky enough to reach a designated retirement age. Taxes were taken out of wages and put into a huge fund – effectively employing a giant Ponzi scheme – to support the few living, retired employees. The genius of the program was that most workers, back then, died before they could collect benefits.

Flash-forward to 2016: Black unemployment and black youth unemployment, in mid-year, was far worse than when Barack Obama took office. The civil unrest of 2014, 2015, 2016, and even 2020, goes far beyond protest of police use of deadly force. In large part, it is a result of the decades-long simmering of groups who have been marginalized directly as a result of progressive economic policy that can be traced back to, none other than, Franklin Roosevelt.

This is an amazing admission, by the top U.S. financial officer, coming a decade following the stock market crash of 1929: Morgenthau learned that massive spending doesn’t create long-term, meaningful jobs, and guess which groups are hurt the most?

“The truth does not change according to our ability to stomach it,” observed author Flannery O’Connor. The black family in America has been decimated, rising from 25% out-of-wedlock births or one parent households in 1964, to above 70% one-parent households today. President Trump had absolutely nothing to do with that development, and it can be eloquently argued that the Left had very much to do with it.

Progressives do not want to take responsibility for policies that have quashed the black family in America. So they have repackage their racism claims, now called ‘structural racism.’ It is employed as the all-purpose rationale as to why large percentages of minorities have not effectively entered the economic mainstream.

Here, we have the perfect “Catch 22.” Over many decades, Democrats create and enforce policies that lead to miserable lives, rioting in the streets, more crime, and cultural depression. Then, they throw some money at the problem, blame others who have little to do with enacting such policies, call them racists, and make them feel guilty.

On November 3, nevertheless, large numbers of minorities voted for Donald Trump. They no longer care about Democrats or Republicans per se. They seek economic opportunities available to them as a result of policies that work.

Prior to the pandemic, President Trump’s economic policies worked enormously well. All indicators showed that black employment, black youth employment, black home ownership, actual wage growth, etc. were reaching some of the best numbers in U.S. history. Many African Americans were aware of this, and they know that even during these last few difficult months, President Trump is still the best bet for handling the current situation and, once again, bringing the economy forward. Many also know that he was re-elected, if you only count legal votes.

No amount of blather by Biden or Harris rivals what Trump has done. If you listen to them carefully, with their predisposition to raise taxes, increase regulation, stymie trade, and steer the economy into a slow-moving morass, well.. we’re doomed. Kamala Harris is a complete economic illiterate. Joe Biden, in particular, after 47 years in Washington, is clueless about fostering a vigorous economy. He has, however, done very well financially for his own family!