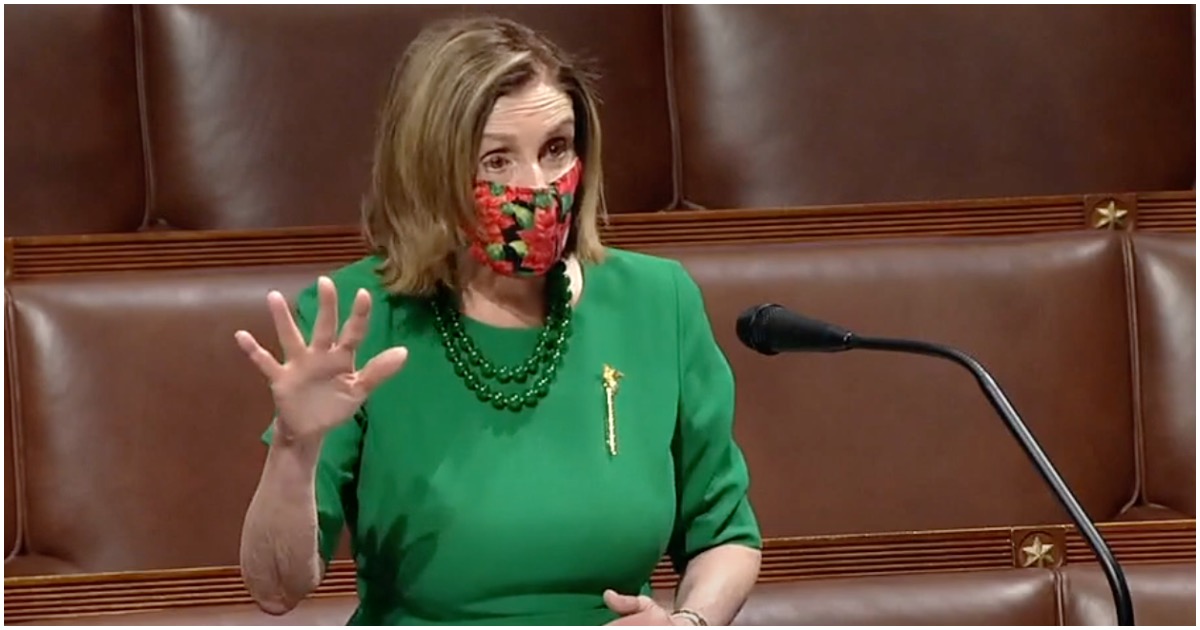 The following article, Dem-Controlled House Passes 5600-Page COVID Bill, But Nobody Had Time to Read It, was first published on Flag And Cross.

“We’ll have to pass it to find out what’s in it.” Those words came from the lips of Nancy Pelosi right before Obamacare was forced on Americans. Obviously, that didn’t go so well. If it did, Dems still wouldn’t be fighting for affordable health care. Yet, they’ll argue that Obamacare is awesome – but that’s liberal logic, for ya.

Late on Monday afternoon, the radically far-left Democrat-controlled House of Representatives did something very ignorant. How can a bill be passed if nobody has had time to read it?

A vote on a $900 billion COVID-19 relief bill is currently underway Monday evening after lawmakers had about six hours to review the nearly 6,000-page bill when it went live online at 2 p.m.

#Breaking: 359-53, House approves a sweeping $900 billion covid relief package – tied together with a $1.4 trillion spending bill to keep the government open through September. The 5,593-page bill, which was unveiled about seven hours ago, now goes to the Senate.

It’s ABSURD to have a $2.5 trillion spending bill negotiated in secret and then—hours later—demand an up-or-down vote on a bill nobody has had time to read. #CongressIsBroken https://t.co/EQp8BfRBHj

Folks, we just received a 5,600 page PDF that represents one of the largest spending bills in our history, and NOT ONE Member of Congress will have had time to read through it before voting later today.

This is awful governance, and a disservice to the American people.

Votes are still expected today on this legislation. No one will be able to read it all in its entirety.

Continue reading: Dem-Controlled House Passes 5600-Page COVID Bill, But Nobody Had Time to Read It ...