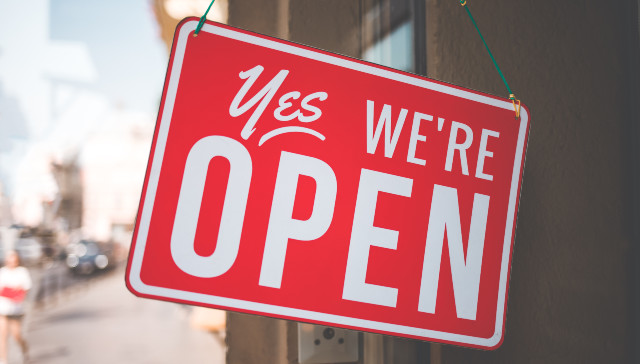 Located in a tiny town in the state of Minnesota, a single mother and owner of a small bar that helps provide her fellow residents with entertainment is planning to open up her business on Friday in total defiance of the tyrannical state order that closes all bars and restaurants indefinitely due to the spread of the coronavirus.

The woman has already stated that she is willing to pay any fine and even possibly face jail time for her actions.

Folks, this is what a bold patriot looks like.

Larvita McFarquhar owns Havens Garden in Lynd, Minnesota, a town of 448 people. On November 19, she posted a video on Facebook which was captioned, “Live Music and Food next Friday Night! Come have fun with the Great Tommy Rex or sing your own tunes during Open Mic! November 27 2020, 9pm-11pm Lynd MN.” The video features her saying, “Hi! I’m here at Havens Garden asking everyone to join us November 27 from 9 p.m. to 11 p.m. for Open Mic Night. Come down and have a good time here at Havens Garden in Lynd, Minnesota.”

As John Hinderaker of Powerline reports, that announcement prompted the state to threaten her. Alpha News reported that after she posted the video, a deputy with the Lyon County Sheriff’s Office asked McFarquhar if she was aware that Minnesota Gov. Tim Walz (D) had issued a new order forcing all bars and restaurants to be closed and warned her of the consequences if she defied the order.

McFarquhar told Alpha News, “I said, ‘Yes, I’m aware, but are you aware that the governor’s mandate is not a law? The governor does not pass laws and you are supposed to uphold the Constitution. You don’t work for the governor; you work for us.’”

McFarquhar also said that the local sheriff’s office reached out to the disc jockey who is supposed to host the event and told him that if he participated he would be arrested.

Again, this is what tyranny looks like, folks. The governor does not have the authority to pass laws. That’s up to the state legislature. Clearly, the governor is overstepping the boundaries.

“No person in power has the authority to shut down a business for no reason, and pick and choose who can stay open and who cannot. For me, it’s [about] taking a stand. We always want other people to do things, but it’s time that we the people stand up and say, ‘No, we’re not going to agree with these outrageous demands,'” McFarquhar said to reporters with Alpha News.

On Monday of this week, McFarquhar received a letter from Minnesota Attorney General Keith Ellison. Assistant Attorney General Noah Lewellen, asked the single mom to respond by 5 p.m. on Monday, and said that the woman’s business would not remain open.

Part of the letter said, “Emergency Executive Order 20-99 empowers this Office to investigate and take action against businesses or persons that are operating or threatening to operate in violation of the Order. As the chief legal officer for the State of Minnesota, the Attorney General has authority to file a civil enforcement action seeking injunctive relief and civil penalties of up to $25,000 for each and every occurrence Executive Order 20-99 is violated, as well as its attorney’s fees and costs.”

McFarquhar responded with another video on Facebook, which contained the following caption:

“What does it say about our country, and Governor Walz when he uses our Sherrifs (sic) department, Attorney General and our citizens to harass, threaten, bully, intimidate …” She stated, “Hi! I’m here at Havens Garden letting everyone know that we will be open this Friday, November 27, from 9 p.m. until 11 p.m. I want to thank everyone who is willing to come out but I want them to know that there is a possibility that they will be fined $1,000 if they show up, so please make your decisions wisely, that if you would love to come down and support me which I would love, but I want you to be aware that you can be fined $1,000.”

She went on to note, “These are the things that you have to struggle with. I’m struggling to keep my lights on. The thing that makes me mad during this whole thing is we still have to pay our bills. I have to still pay taxes on the building … The bills that were there before — they don’t go away because we’re not open. They’re still there and I still have to pay them. Then to have the threat above that. That’s the worst part.”

We need more brave Americans like McFarquhar to stand up against governors who have overstepped constitutional bounds and are attempting to create laws out of these mandates.

How we each, individually, choose to respond to a pandemic situation is up to us. No one has the right to come in and tell us to shut down our businesses and take away our livelihood. It takes patriots boldly taking a stand in order to shut down this kind of thinking.

It’s obscene that any sort of behavior like this from elected officials is tolerated.