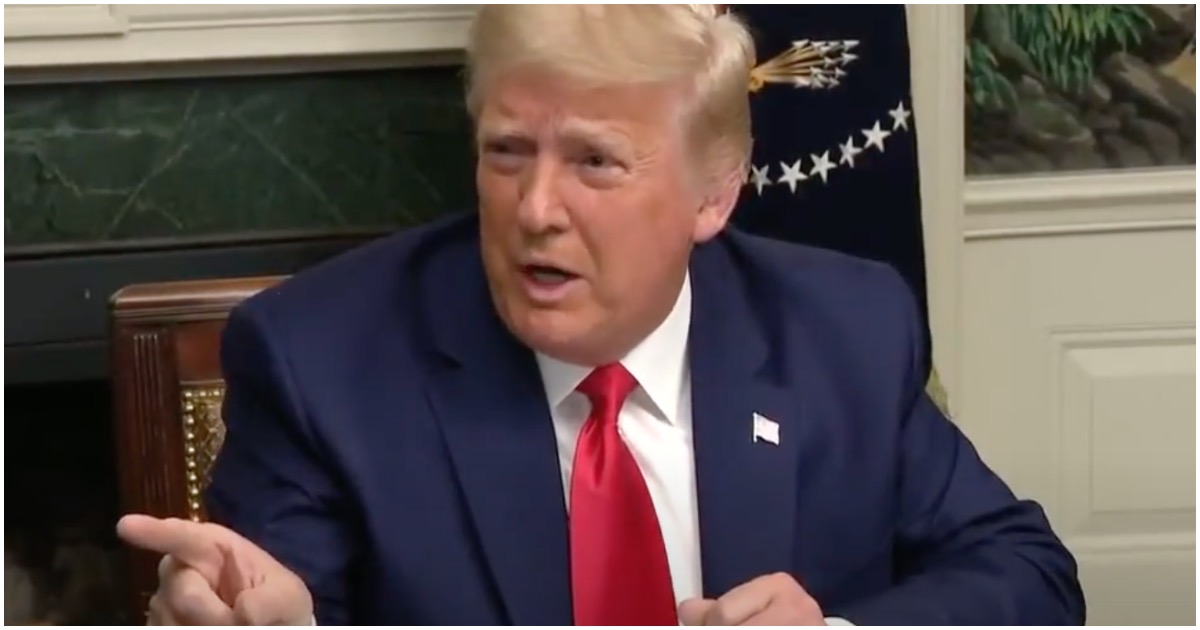 The following article, Trump to ‘Lightweight’ Reporter: ‘Don’t Ever Talk to the President That Way!’ — VIDEO, was first published on Flag And Cross.

Donald Trump made all the moves necessary in his first term to earn another four years in the White House. Before the pandemic, the economy was soaring, unemployment hit record lows, and peace deals were made all over the globe.

But the mainstream media didn’t care. It didn’t matter to them that he accomplished more in four years than most presidents could’ve dreamed in two terms.

They are as disrespectful as they are ruthless.

On Thanksgiving Day, POTUS had to tell off one of the far-left hacks.

He said, “The whole election was a fraud. They have Biden beating Obama in areas that matter in terms of the election in swing states. And yet he’s losing to Obama all over the place. And yet he’s beating Obama inplaces that mattered in terms of the election. Look, between you people… Look, don’t talk to me that way, you’re just a lightweight. Don’t talk to me that way. I’m the President of the United States. Don’t ever talk to the President that way. OK I’m going to go with another question… Massive fraud has been found. We’re like a third world country. We’re using computers that can be hacked. How many glitches did they find. Oh, a glitch. Oh, gee we had a glitch. 5,000 votes. In all cases the votes switched to Joe Biden.”

Continue reading: Trump to ‘Lightweight’ Reporter: ‘Don’t Ever Talk to the President That Way!’ — VIDEO ...