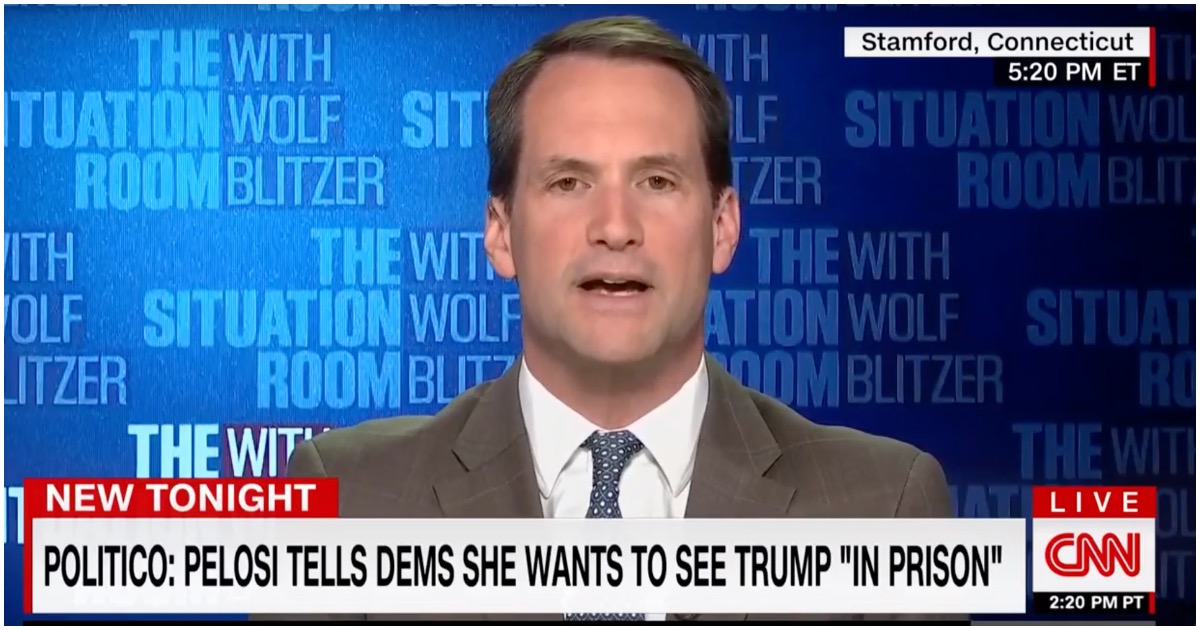 The following article, Flashback: Dem Rep. Admits on Live TV He Wants ‘Bad Things’ to Happen to Trump, was first published on Flag And Cross.

All liberals, whether members of Congress or not, are allowed to get away with absolutely everything. The MSM only seeks to hold Republicans accountable for their words.

For example, swap this Democrat representative’s name for any conservative and what would happen? He’d be pilloried; forced to apologize; forced to resign.

Himes said, “More than anything else, Wolf, I don’t — this isn’t about my feelings or about retribution. The lizard brain that I have says I hope bad things happen to this man because he has been so destructive to our republic, to the concept of democracy, to the concept that, internationally, we are a light unto the nations.”

He added, “So yes, I have my emotional reactions but, look, we’re a nation that is of a rule of — we are a nation of laws. So what I really hope — and this is me personally speaking — what I really hope is that if impeachment is not a mechanism of accountability — and I will tell you flat out that I can’t imagine anything happening, anything at all happening that would cause the Senate to convict and, therefore, remove this president — so impeachment stops in the House, in my opinion, my real hope is, that in 2020, the American voters look into their hearts, think about the generation that we’ve been celebrating today, who, as young men, decided that they would give their lives for this country.”

“Only in America.” That’s what CNN host Chris Cuomo, brother of radically far-left New York Governor Andrew Cuomo, had to say to a rape victim after she showed her support for the Second Amendment.

Check this out, from Daily Wire:

Cuomo’s tweet was aimed at Kim Corban, who was raped in 2006 when she was 20 years old after a man broke into her apartment and sexually assaulted her for approximately two hours. In a 2016 report, The Washington Post noted how Corban has “struggled with depression, PTSD and stress-related seizures” as a result of the attack.

Corban appeared in an ad video for the National Rifle Association (NRA) where she discussed the importance of owning firearms.

Hi @ChrisCuomo. Looks like you forgot to tag me. Care to chat about this?

Not sure what you mean by this. “Only in America” can a rape survivor protect herself and her family against any future threat? This is bad how? https://t.co/lnSzHICRny

You should probably take a moment and google who Kim Corban is, Chaplinksy.

Man mocks rape survivor who protects her children with firearm… Only on CNN. https://t.co/S5vhQ8dCB1

You might want explain this tweet a little better to those of us who’ve actually had to face predators in our own homes and defend ourselves without a big strong man like yourself?

Additionally, she and her husband were recently the targets of an assassination plot by white supremacists up on (among other things) illegal gun charges of which her husband was the prosecutor. https://t.co/XYdfTzalEq