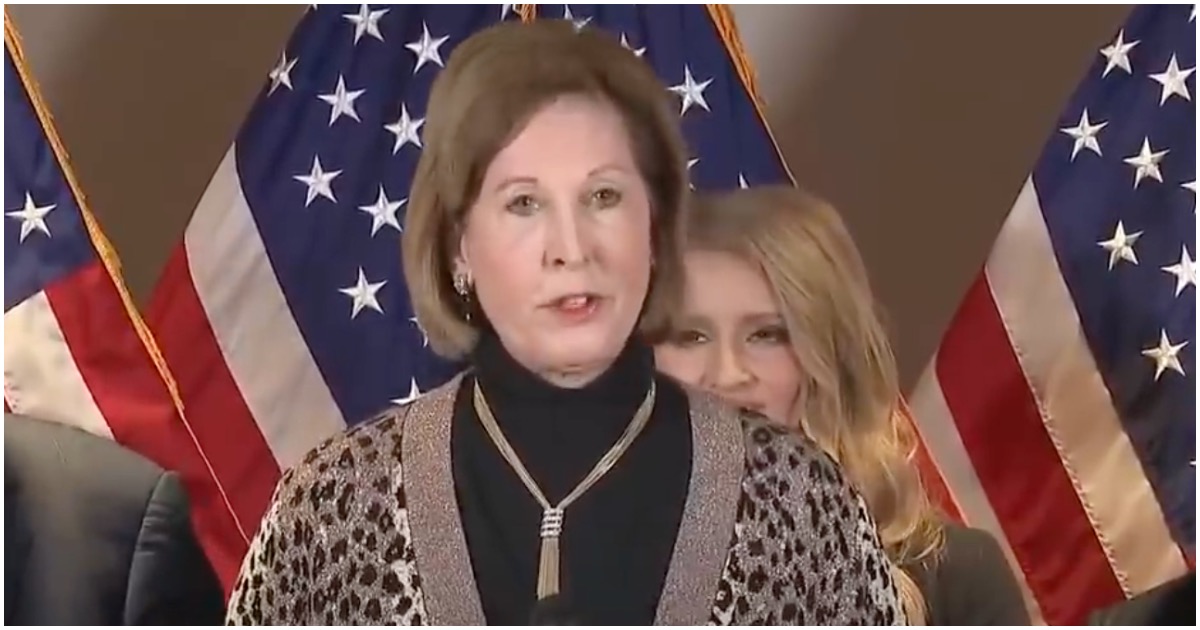 The following article, Sidney Powell: Poised to Win Minds & Hearts — An Opinion Piece, was first published on Flag And Cross.

Bombshell statements made in the past week by attorney Sidney Powell have rocked conservative’s views about what occurred in the 2020 election. Then, suddenly, the Trump legal team seemingly distanced itself from her. If you hunt around, it becomes clear that strategic reasons are at play.

Powell claims to have evidence about certain governors who have engaged with China in pay-for-play schemes. These governors, some of them Republican, are well aware that significant election fraud occurred in their respective states. They don’t wish to have Biden’s ‘election’ overturned, knowing that as the truth emerges, a GOP attorney general will indict them, whereas a Democrat attorney general will bury the issues.

So Young, So Talented

Sidney Powell was accepted into University of North Carolina School of Law at only age 19. She earned a Juris Doctor degree and then became the youngest Assistant United States Attorney. She’s had a distinguished legal career and currently represents General Mike Flynn.

I learned about her in 2014. Quail Ridge Books in Raleigh, North Carolina, offered many guest lectures by authors. On June 16th, the guest lecturer that evening was Sidney Powell. She was to discuss her newly published book, Licensed to Lie: Exposing Corruption in the Department of Justice.

Not familiar with the book? It has received 89% five-star ratings, and another 7% four-star ratings on Amazon.com, which is darn near impossible to do for a political book. No matter how accurate and meticulously researched, such books invariably attract numerous naysayers.

Here was an attorney with a sterling reputation, who had delineated the gross and voluminous crimes of Obama and Holder. Plus, she had an eye for detail befitting of an American bald eagle. The effects of Barack Obama’s vast measures to weaponize federal agencies are still being felt today, during the current election debacle.

Sidney Powell began her lecture, in her composed and stately way, with her deep North Carolina accent. And we were in for a revelation. An obvious introvert, she had no problem eloquently stating the facts, and she had startling facts, by the boatload. Licensed to Lie was rich in detail, pinpointing exactly how and where Obama’s Department of Justice had gone rogue.

She discussed with precision how the Department of Justice persecuted and prosecuted Americans, time after time. The agency’s conviction rate was on the order of 93%, or 14 out of 15 cases. In countless instances, DoJ lawyers pursuing cases did not have sufficient evidence or even legal grounds.

Repeatedly, these government attorneys intimidated defendants to the point where they confessed to ‘process’ crimes, much like what the special prosecutors under Robert Mueller did to many of Donald Trump’s associates. If no real crimes existed, DoJ attorneys pushed for prosecution in one way or another, HUNDREDS of times. Conviction represents career bonus points for eager DoJ attorneys.

Aha, the Word is Out

Somebody in the audience asked her if she had been concerned for her safety while writing this book, and having it published. She said the greatest risk was before it was published. That’s when the Department of Justice jackals would have stopped her if they were going to do so. Once Licensed to Lie was published, well… the word is out.

One couldn’t help but admire her resolve. You could tell that she was a scholar, a researcher, and a writer, who was dedicated to the truth. Since advocating for Trump’s re-election, predictably, the panoply of Leftist media are doing all that they can do to tarnish her reputation, destroy her credibility, and besmirch her character.

The media machine stalwarts from The New York Times on down have portrayed Sidney Powell’s assertions as ‘unsubstantiated’ claims about election fraud. They have even accused her of intentionally spreading conspiracy theories. Quite soon, everyone will know if she has the goods or not: Among other things, she is preparing a lawsuit against Dominion Software and Smartmatic.

Personally, I trust her insights and her capabilities. When ready, she will present a thorough legal case. The Democrats will be up in arms. Many people on the Left and Right will deserve to be indicted, although as we’ve witnessed for years, the high ranking Left seems to be above the law.