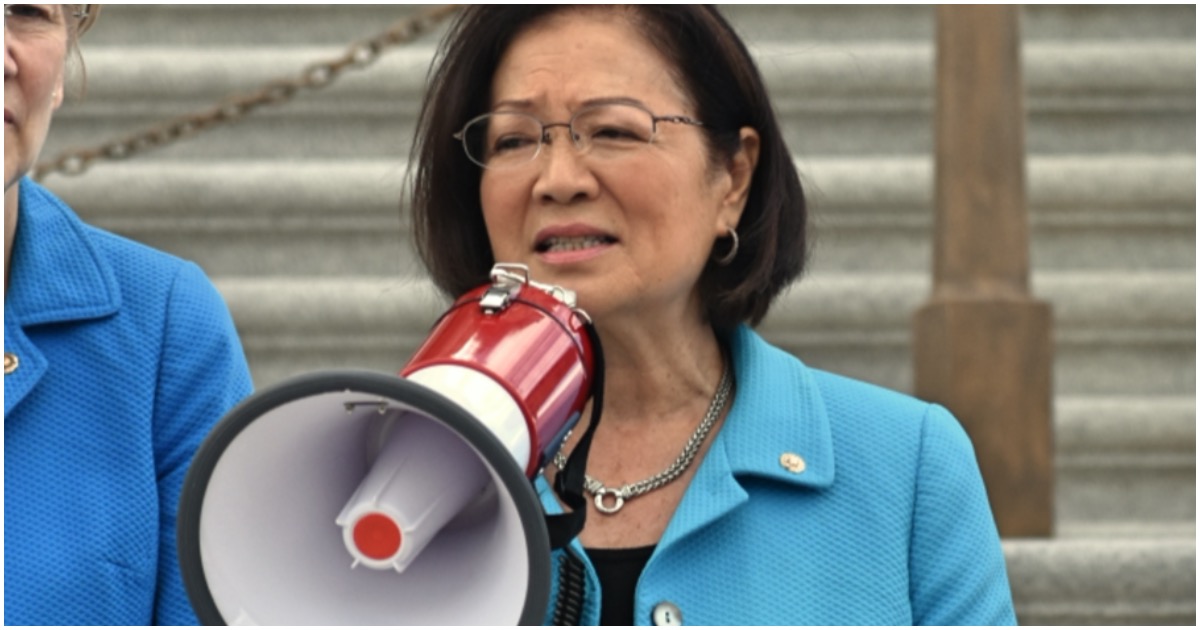 Hawaii’s Mazie Hirono is either very good at playing dumb, or just plain ignorant. Probably both, though. She’s not a Senator, so much as a left-wing entertainer – just like 99% of her colleagues.

How dare she say something like this? It’s incredible how low these people will go.

Sen. Mazie Hirono (D-HI) — who is ranked as one of the most partisan and far-left members of the U.S. Senate — claimed on Tuesday that social media bias against conservative users does not exist as she complained that publications like Fox News and The Daily Wire perform too well on the platform.

“Mr. Zuckerberg, for the second time in three weeks, you’ve been called before the Senate Committee so my Republican colleagues can beat you up over claims that your platforms are supposedly biased against conservatives. The fact of the matter is that these allegations are completely baseless.”

Far-left Democrat Senator Mazie Hirono (HI) claims that there is no bias against conservative users on social media because far-left Media Matters says so and complains leftist publications do not do as well as conservative publications. pic.twitter.com/uZ0b6jKmeo

Mazie the ding bat Hirono is unabashedly the biggest goofball in the senate . She makes AOC look like a genius .