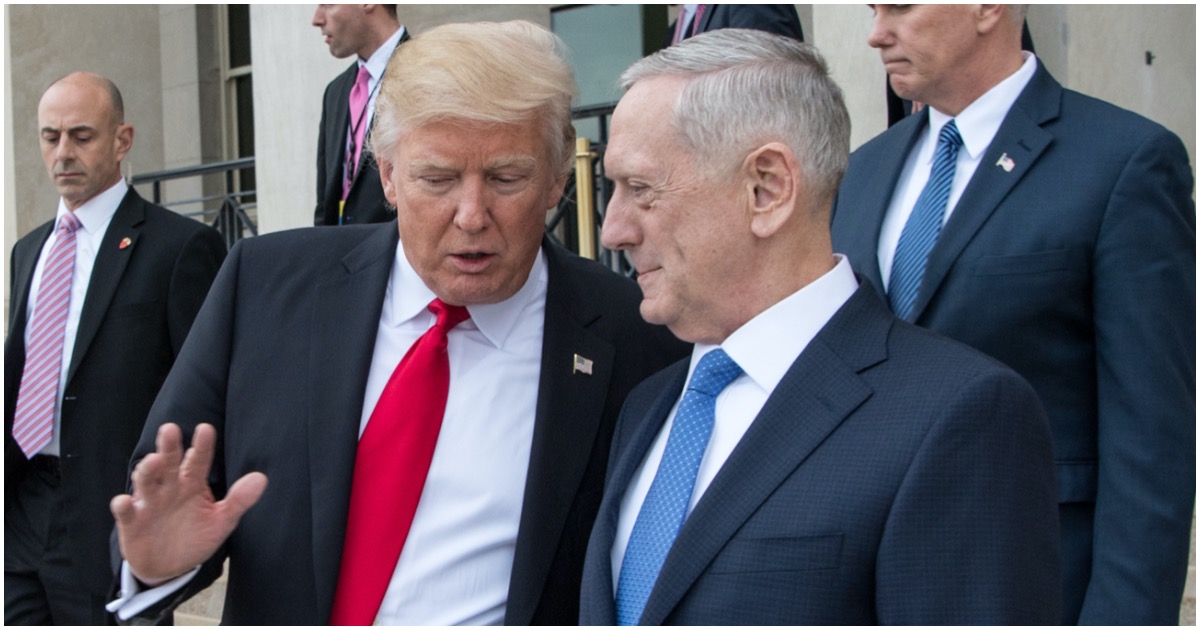 James “Mad Dog” Mattis, huh? Maybe that nickname should be rescinded. For a man who has dedicated his life to keeping America safe and free, he sure doesn’t sound like a proud American in this recent op-ed.

Former Defense Secretary Jim Mattis said in an op-ed on Monday that he hopes President-elect Joe Biden will take “America First” out of the national security strategy for his incoming administration.

“In January, when President Joe Biden and his national security team begin to reevaluate U.S. foreign policy, we hope they will quickly revise the national security strategy to eliminate ‘America first’ from its contents, restoring in its place the commitment to cooperative security that has served the United States so well for decades,” they wrote. “The best strategy for ensuring safety and prosperity is to buttress American military strength with enhanced civilian tools and a restored network of solid alliances – both necessary to achieving defense in depth.”

The four authors also that the U.S. currently is “undermining the foundations of an international order manifestly advantageous to U.S. interests, reflecting a basic ignorance of the extent to which both robust alliances and international institutions provide vital strategic depth.”

Michele Flournoy once served as the under secretary of defense for policy during the Obama administration, calling at that time for yearly increases to the defense budget of three to five percent.

However, if new reports are true and Biden is certified as the next president, he might be picking Flournoy to be the first female secretary of defense and will have a whole let less budget to work with.

One of the most interesting aspects of the possibility of Flournoy becoming the secretary of defense is that she’s likely to keep most of Trump’s policies in place. You have to wonder how Biden will feel about that if he gets the job and appoints her to that role.

O’Hanlon thinks that the DOD under Flournoy wouldn’t see much in the way of change concerning budget, force structure, modernization, and overall priorities.

Experts also think that the current approach to our nation’s adversaries will also remain the same as they are under President Trump.

This is definitely an interesting pick, if things swing toward Biden for the presidency and that whole matter is made official.

Will Biden really allow the country’s defense policy to continue as it is now? It seems like the left is so antagonistic about anything and everything the president has done, vowing to undo it all as soon Biden is in office.

Guess we’ll have to wait and see if the “experts” are right.

Appears that mattis was merely another obama mole. And Trump fired him much too late.