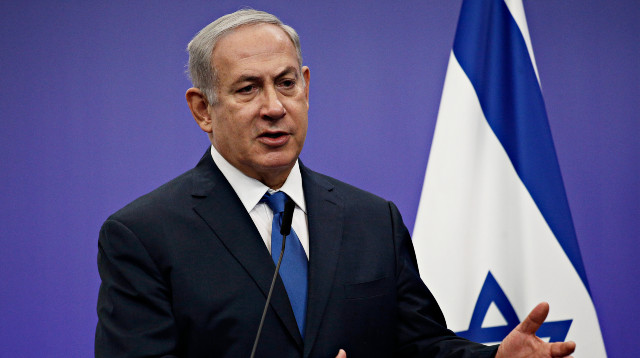 The following article, Israeli Prime Minister Has Historic Meeting With Saudi Prince In Saudi Arabia, was first published on Flag And Cross.

In a historic first for both Israel and Saudi Arabia, Prime Minister Benjamin Netanyahu and Saudi Crown Prince Mohammed bin Salman held a meeting in the city of Neom, Saudi Arabia.

This is the first time that a publicly acknowledged meeting between a prime minister of the Israeli government and high-level officials of the government of Saudi Arabia has ever taken place.

#BREAKING: Israel PM Netanyahu and head of the Mossad flew yesterday to Saudi Arabia, and Met Pompeo and MBS in the city of Neom, according to Israeli officials

The meeting is the latest development in the ongoing growth of Arab nations rejecting their previous hostility toward Israel and joining in the effort to counter Iran, which they see as the gravest threat to peace in the Middle East. Those developments were fostered by the Trump administration, which rejected the dangerous Iran nuclear deal embraced by the Obama administration and instead concentrated on bolstering relations between Israel and the surrounding Gulf states.

The astonishing rapidity of Arab nations such as the United Arab Emirates, Bahrain, and Sudan all joining the Abraham Accords within three months in 2020 represented a historic shift in the Middle East, nurtured by President Trump.

It’s not surprising that Israel and Saudi Arabia would go public with the meeting between Netanyahu and the Saudi prince; they must be worried that a prospective Biden administration would coddle the despotic Iranian regime as the Obama administration did.

Of course, all of these great strides toward peace in the Middle East could easily be destroyed if President Trump is not certified to be the winner of the 2020 presidential election.

Former Vice President Joe Biden has already made it very clear he will rejoin the Iran nuclear deal, which will no doubt strain our relationship with Israel and many other nations in the region.

How stupid does one have to be to give Iran, a country with a massive population of individuals who take to the streets regularly to chant “death to America,” billions of dollars and just hope for the best they don’t use the money to fund a nuclear weapons program?

President Trump has actually managed to bring countries like this together and has helped work out deals that benefit both parties. And now there’s a possibility Biden could mess it all up. It’s tragic to say the least.