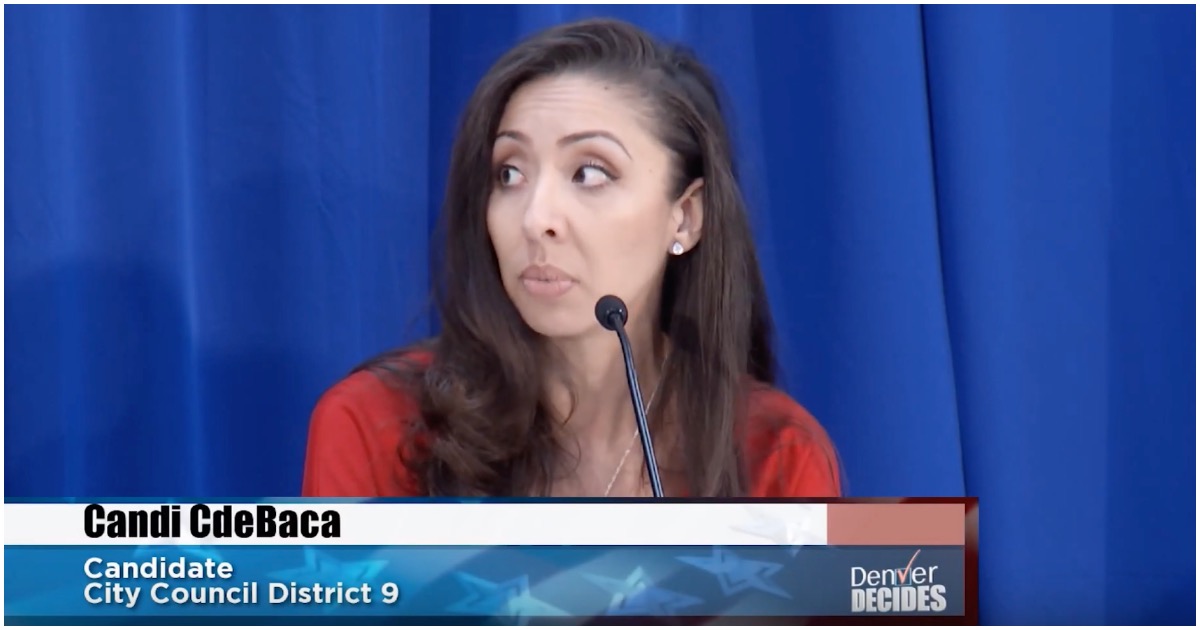 The following article, Flashback: Elected Official Says Communism Is Coming to Denver By ‘Any Means Necessary’, was first published on Flag And Cross.

This is what happens when members of the asylum are allowed to roam free. Liberals don’t even try to hide it anymore. They don’t care.

Not only are the majority of liberals open about being Democrat Socialists, but now Democrat Communism may be making a push thanks to the likes of this elected official.

Newly elected far-left Denver City Council member Candi CdeBaca has stated that she is “excited to usher” in communism “by any means necessary.”

Encyclopedia Britannica defines communism as a “political and economic doctrine that aims to replace private property and a profit-based economy with public ownership and communal control of at least the major means of production (e.g., mines, mills, and factories) and the natural resources of a society.”

CdeBaca, who is a democratic socialist, also drew intense criticism for saying that she will “usher” in communism “by any means necessary.”

New York City Mayor Bill de Blasio has flirted with full-blown socialism for years, as has every member of his party since Barack Obama became president.

Now, Bill is going full-on commie – and he doesn’t care who knows it.

During his State of the City address, de Blasio introduced a plan to seize private property.

Some are saying his plan amounts to “straight communism.”

Liberal New York City Mayor Bill de Blasio is rolling out a new plan that would potentially allow the city government to seize buildings of landlords who force tenants out — a plan his opponents say amounts to “straight communism.”

President de Blasio. Could you imagine?

Democrat Rep. Alexandria Ocasio-Cortez (NY) made it clear that she’s paying everyone on her staff at least $52,000 per year.

In other words, she needs you to know that she’s a socialist.

Leadership starts with our choices.

That’s why I decided that no one on my staff will make less than $52k/year.

It’s likely one of the highest entry-level salaries on the Hill. We pinch pennies elsewhere, but it’s worth every dime to pay a living wage.https://t.co/IxfNH4632h

Each member is given a set amount that they disburse. GOP has refused to increase budgets in years to give hard-working staff a raise, which means people helping to run the country are getting paid $30k/year.

Low pay a big reason why money in politics is a problem – you can make a lot more money becoming a lobbyist & setting up a relationship w/ one, since the actual job doesn’t pay enough.

Coming to Denver? It’s here and it has been here for several years. Denver is so far left it ready to tip over as is all of the front range. There are counties mostly in Southern Colorado that has not melted into the insanity like the rest of the state. New people moving into Colorado brought along their radical liberal politics along with them. Add in a veritable League Of Nations from every 3rd world Hellhole on the planet dumped here by past administrations in places like Aurora a suburb of Denver. Both political parties had a hand in this… Read more »