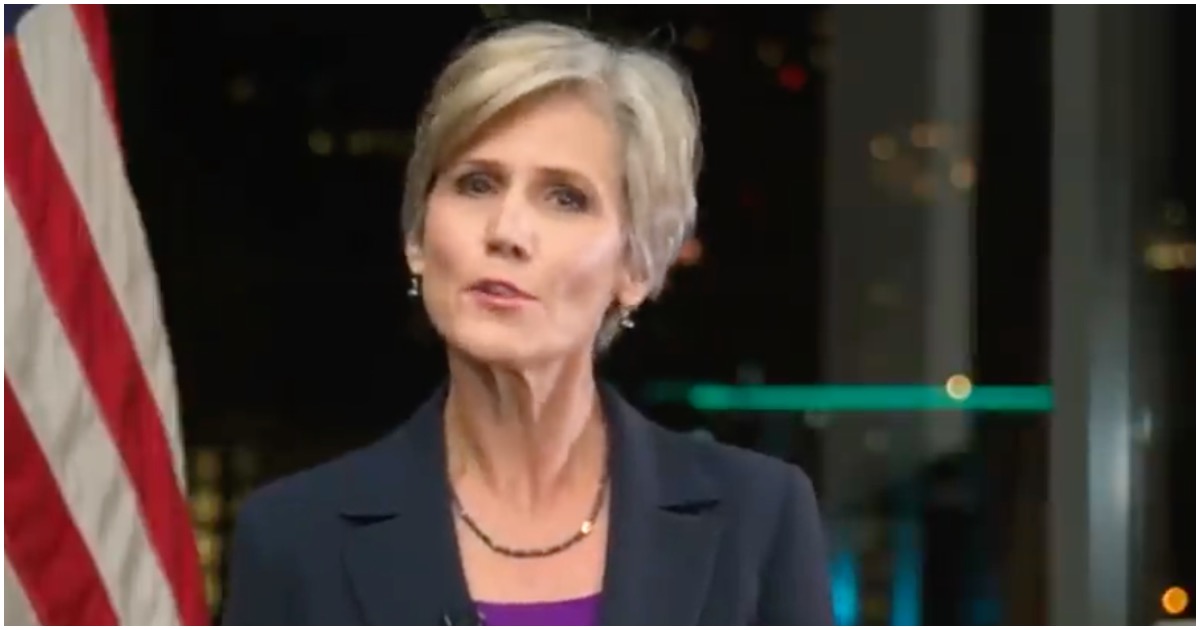 The following article, Former Acting AG Sally Yates Is A Top Choice to Be Attorney General In A Biden Administration, was first published on Flag And Cross.

Remember Sally Yates as acting AG from the Obama years?

She might be back on the big stage if Joe and Commiela take over.

Here’s the scoop, via Reuters:

WASHINGTON (Reuters) – President-elect Joe Biden has pledged to end the federal death penalty and eliminate mandatory minimum sentences, but some progressives say a potential pick for attorney general to carry out those reforms may not be the one to enact bold changes.

Sally Yates, 60, is a leading candidate for the job, according to sources. The Atlanta native is perhaps best known for being fired from her position as acting attorney general by Republican President Donald Trump in his first month in office when she refused to enforce his first attempt at banning travelers from Muslim-majority nations.

Her history at the Department of Justice (DOJ) – where Democratic President Barack Obama appointed her as deputy attorney general in 2015, and before that as Atlanta’s top federal prosecutor for about five years – make the adviser to the Biden transition team a safe pick for a role subject to confirmation by the U.S. Senate, which may still be under Republican control next year.

Continue reading: Former Acting AG Sally Yates Is A Top Choice to Be Attorney General In A Biden Administration ...