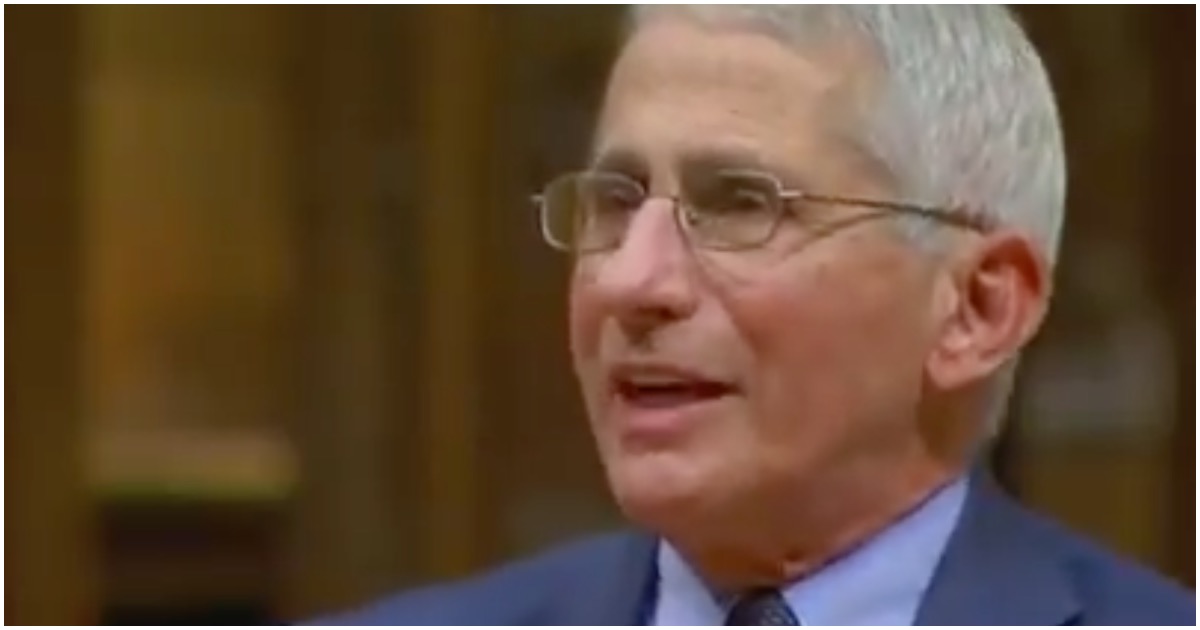 The following article, ICYMI: Dr. Fauci to Americans: Now Is the Time ‘To Do What You’re Told’ — Video, was first published on Flag And Cross.

If Joe Biden does become president on January 20, 2021, mask mandates will be enforced almost immediately. Meaning, if you’re caught in public without one you’ll likely be fined.

As if that wasn’t bad enough, there will likely be a nationwide lockdown. You know, because the businesses that are still in operation can somehow survive another crushing blow (eye roll).

Why Dr. Anthony Fauci is still on the scene, considering he’s been wrong so often, makes no sense.

Dr. Fauci: America has an “independent spirit” but now is the time “to do what you’re told” pic.twitter.com/t7uY4nHyGk

Tucker Carlson viewers love their country and what it represents. They understand that America is still the shining beacon on the hill, where anyone can accomplish anything – if they’re willing to put in the effort.

Fauci thinks said viewers are “crazies.” Is he talking about you?

Dr. Anthony Fauci took aim at Fox News’ Tucker Carlson on Friday, saying in an interview with The Washington Post’s Geoff Edgers that he “triggers some of the crazies in society.”

“I’m not concerned about what he says,” Fauci said. “It’s a little bit — I think you could say that when he does that, it triggers some of the crazies in society to start threatening me, actually threatening, which actually happens.”

Carlson has been highly critical of Fauci — the public face of the White House Coronavirus Task Force — for the aggressive response to the coronavirus by both the federal and state governments.

Continue reading: ICYMI: Dr. Fauci to Americans: Now Is the Time ‘To Do What You’re Told’ — Video ...