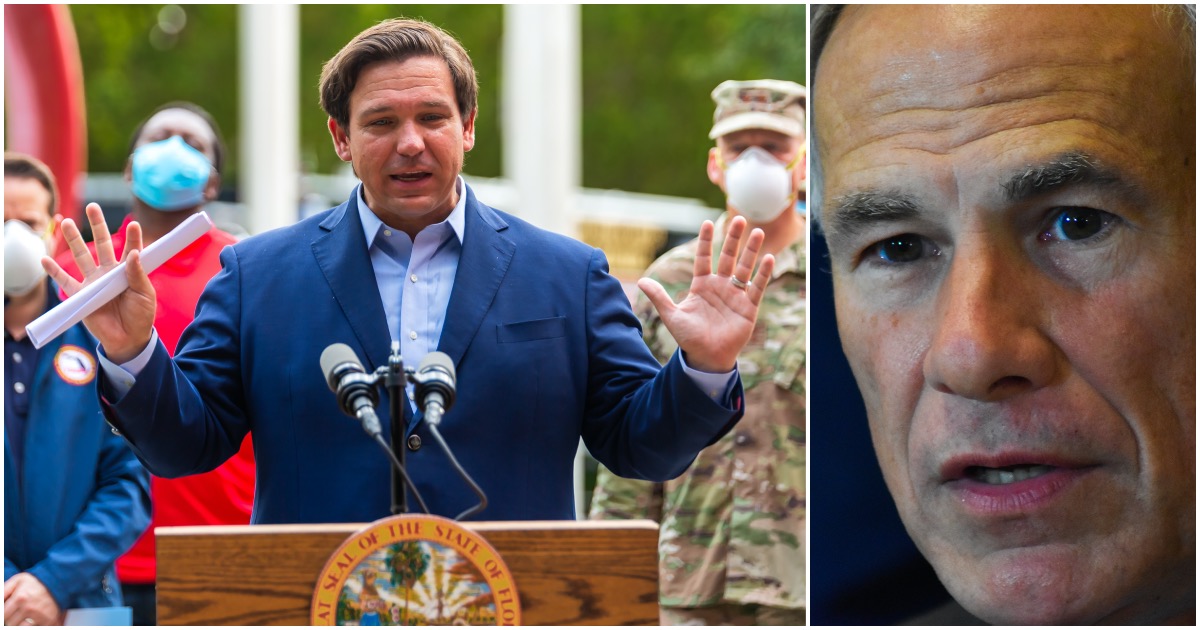 The following article, GOP Governors In Florida & Texas Announce No More Lockdowns In Their States [Details], was first published on Flag And Cross.

What you get when you live in Texas or Florida: lower taxes, more freedom. Is it any wonder that people move to those states from the socialist hellscape that is California?

The problem is that the Californians bring their liberal mindsets with them. Why move from a liberal state to a conservative one, then vote the same way you would in the first place?

America’s two largest Republican states—Texas and Florida—have announced that they will not be going into anymore lockdowns as coronavirus cases surge across the country. The news comes as 45 out of 50 states have seen at least a 10% increase in coronavirus cases from the previous week.

Texas Governor Greg Abbott “said in an interview that there won’t be ‘any more lockdowns’ in the state and he wants to focus on ‘working to heal those who have Covid’ so they can leave the hospitals and get back to their normal routines,” NBC News reported. “A spokesperson for the governor told NBC News on Wednesday that Abbott’s plan to slow the spread of the virus will rely on ‘the data-driven hospitalization metrics used by doctors and medical experts.’”

If Joe Biden does become president, a mask mandate and nationwide lockdown are almost certain. That means unemployment will skyrocket and businesses will go under.

You might just get exactly what you’re looking for: dependence on government for everything.

Isnt that how the islamists take over countries? Move in as minority groups, then outbreed until they’re no longer a minority and take over. Watch out Texas!