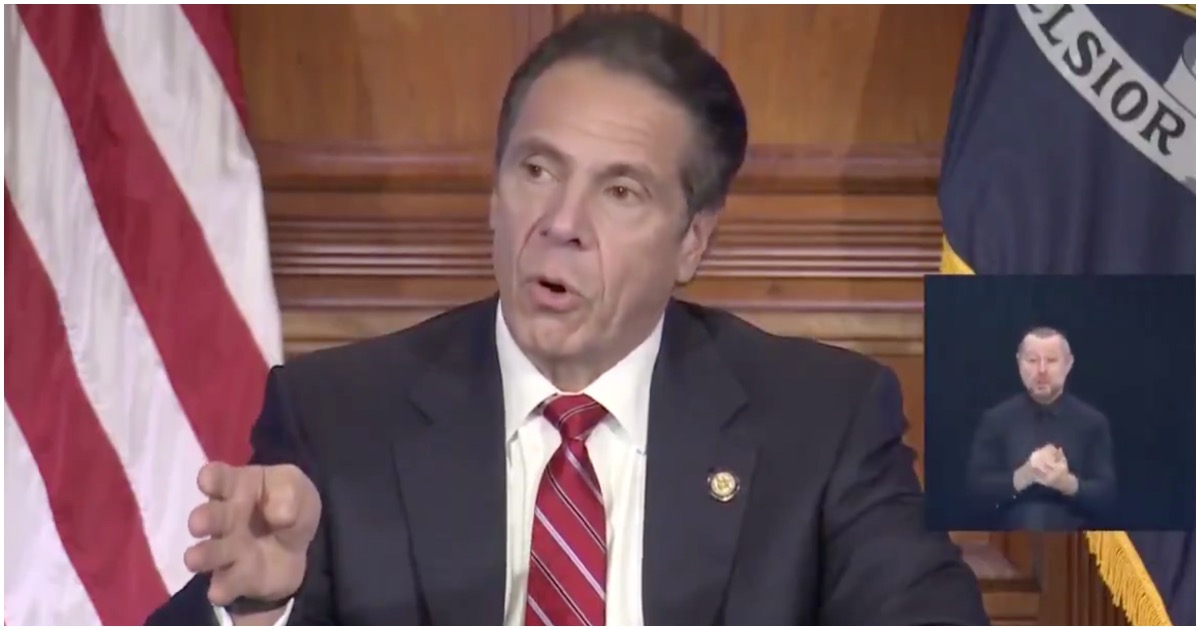 The following article, Cuomo Tells Reporter to Stop Being ‘Obnoxious’ Then ‘Literally Started Screaming’ (Video), was first published on Flag And Cross.

There’s no question about it: Andrew Cuomo is one of the worst governor’s in the nation. His policies regarding COVID-19 literally got thousands of people killed (when he sent them all to nursing homes).

Both Cuomo and his CNN host brother are a disgrace to America and Catholicism.

De Blasio was four hours late to a news conference because he said he was meeting with state officials over the decision.

But questions over whether Cuomo was one of those state officials remains a mystery.

Why? Because Cuomo seemed to be caught off guard when reporters asked if New York City schools were closed starting Thursday after de Blasio had already made the announcement.

New York City has reached the 3% testing positivity 7-day average threshold. Unfortunately, this means public school buildings will be closed as of tomorrow, Thursday Nov. 19, out an abundance of caution.

We must fight back the second wave of COVID-19.

Gov. Cuomo just had a mental breakdown when a reporter simply asked a question about whether or not schools are open in NY tomorrow.

He literally started screaming at the reporter. pic.twitter.com/NBem5zpnK0