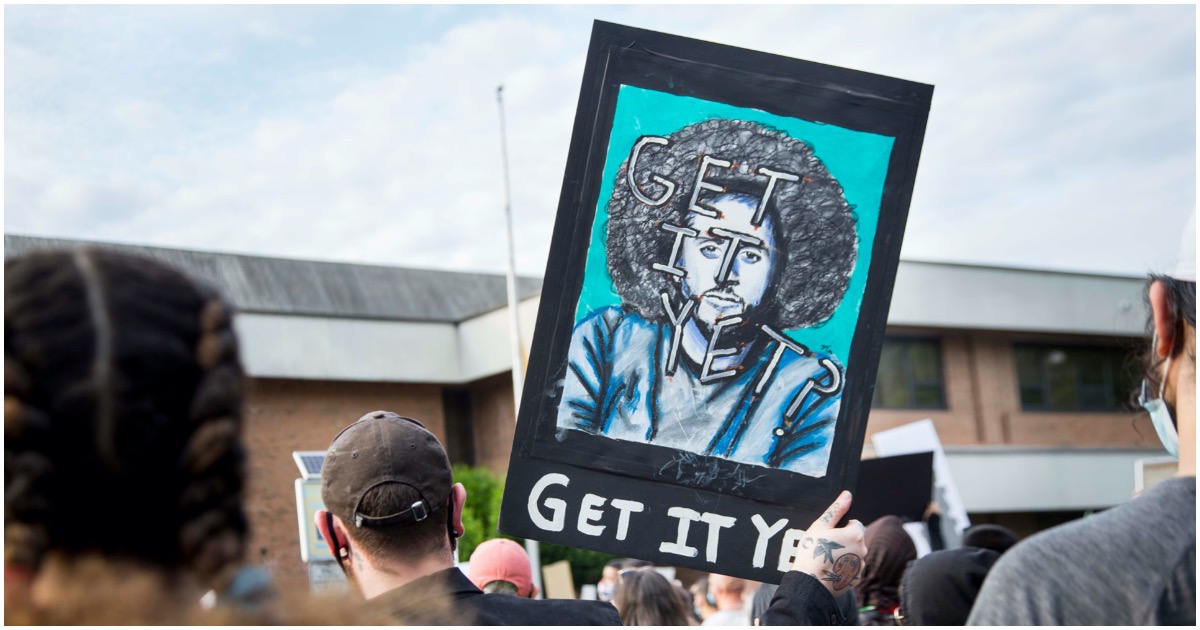 Supporters of the “black lives matter” circus sure do love them some criminals. After all, that’s who they spend all their time whining about.

They don’t care that Jacob Blake, for example, had a warrant out for his arrest and was an all-around bad guy who refused to listen to orders. Likewise, they could care less that Michael Brown charged the officer who eventually shot him.

The bottom line for BLM is that all cops are evil and all whites are racist.

Colin Kaepernick is one of the worst America has to offer today.

Former 49ers quarterback Colin Kaepernick has now called for the release of cop-killer Mumia Abu-Jamal, who was convicted for the 1981 murder of police officer and U.S. Army veteran David Faulkner.

As reported by Newsbusters, Abu-Jamal was a former member of the Black Panthers who had as many as four witnesses testify that he murdered Officer Faulkner.

“Employed by a radio station, Abu-Jamal was a member of the Black Panthers. During a routine traffic stop in Philadelphia in 1981, Faulkner stopped a vehicle belonging to Abu-Jamal’s younger brother William Cook,” the outlet reported. “A physical confrontation ensued, and Abu-Jamal, who was nearby at the time, shot Faulkner in the back and in the face, the latter shot while the officer lay bleeding on the ground. Four witnesses testified to this.”

And why is this washed-up or never-was moron being given these ‘soap-boxes’ and allowed to run his mouth, we are not in the least interested in his stupid opinions.