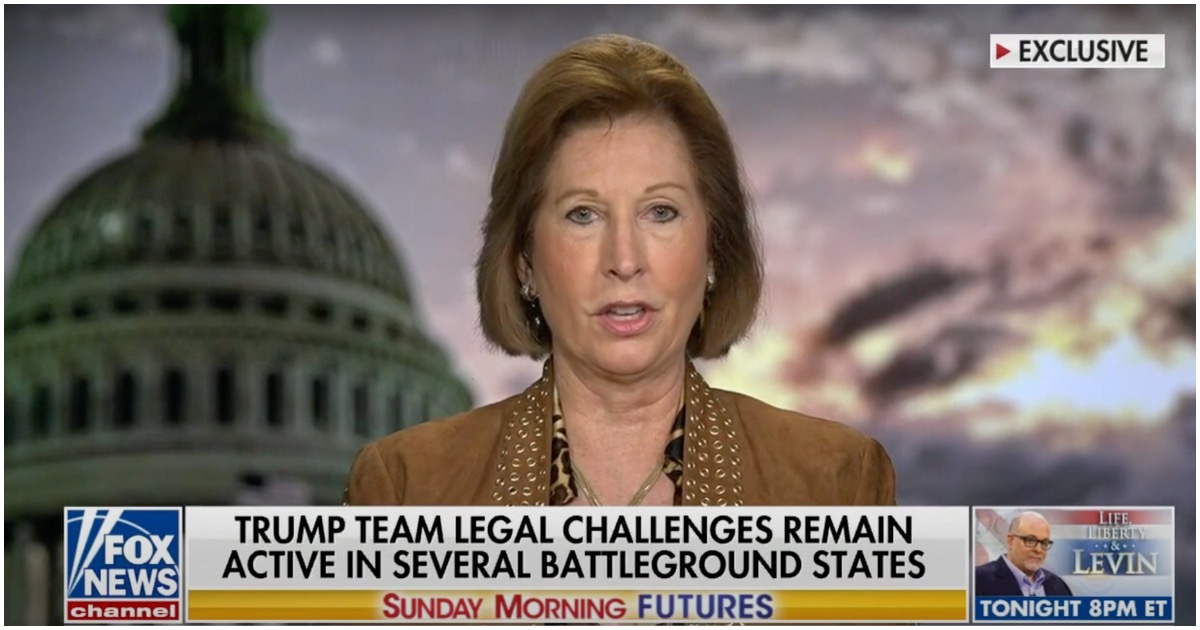 The following article, Sidney Powell: Trump’s Team Will Have Evidence to Overturn Results From Multiple States, was first published on Flag And Cross.

Fox News, the Associated Press, and pretty much every other news outlet in the country has called the election for Joe Biden. Thankfully, the MSM doesn’t decide winners.

Here’s some good news to start your Monday, via Right Scoop:

Attorney Sidney Powell is on Trump’s legal team for the election fight, and she appeared on ‘Sunday Morning Futures’ today for an explosive interview with Maria Bartiromo in which she made certainly some of the boldest claims so far by the Trump team.

She began talking about a particular individual: Peter Neffinger. He is “president and on the board of directors of Smartmatic. And it just so happens he’s on Mr. Biden’s presidential transition team, that’s going to be non-existent, because we’re fixing to overturn the results of the election in multiple states,” claimed Powell. And that was just to start. She connected Neffinger to the software she said was used to alter or remove votes in some way.

Check out some Trump tweets from Sunday…

All of the mechanical “glitches” that took place on Election Night were really THEM getting caught trying to steal votes. They succeeded plenty, however, without getting caught. Mail-in elections are a sick joke!

RIGGED ELECTION. WE WILL WIN!

He only won in the eyes of the FAKE NEWS MEDIA. I concede NOTHING! We have a long way to go. This was a RIGGED ELECTION!

Many of the court cases being filed all over the Country are not ours, but rather those of people that have seen horrible abuses. Our big cases showing the unconstitutionality of the 2020 Election, & the outrage of things that were done to change the outcome, will soon be filed!

John Bolton was one of the dumbest people in government that I’ve had the “pleasure” to work with. A sullen, dull and quiet guy, he added nothing to National Security except, “Gee, let’s go to war.” Also, illegally released much Classified Information. A real dope!

Aw, now we know. While millions of Americans were attending President Trump’s rallies and getting ready to vote for him, the biden supporters were busy marking fraudulent ballets for biden to be sneaked into the voting preceints during the night.