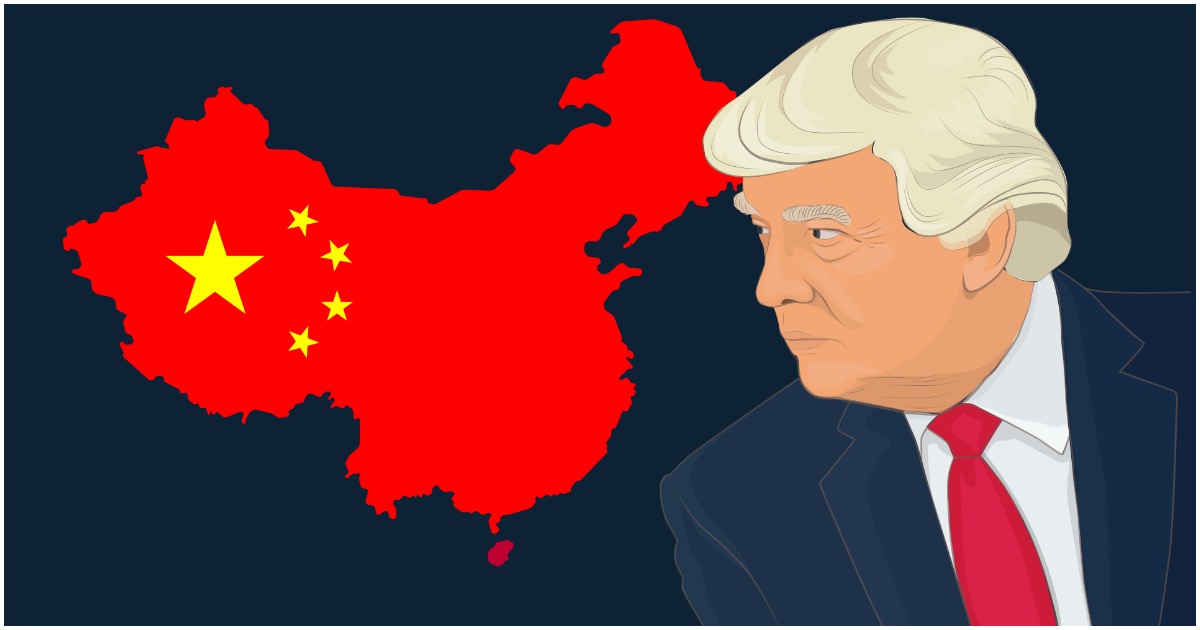 The following article, Report: President Trump Set to Implement Series of ‘Hardline’ Policies Against China, was first published on Flag And Cross.

If he does become a one-term president, Donald Trump will make it hard for any future presidents to reverse course on China. Meaning, he’s set to take a hardline approach.

President Donald Trump is reportedly planning to enact a series of hardline policies going after communist China during the final weeks of his administration.

Part of Trump’s goal is to “make it politically untenable for the Biden administration to change course” on the policies “as China acts aggressively from India to Hong Kong to Taiwan, and the pandemic triggers a second global wave of shutdowns,” Axios reported.

The administration plans to take additional actions against Chinese companies and government entities for a variety of human rights violations and matters involving U.S. national security. The report said to watch out for Director of National Intelligence (DNI) John Ratcliffe to explain China’s criminal activity inside the U.S. to the American public in the near future.

Preliminary investigations conducted by the Chinese authorities have found no clear evidence of human-to-human transmission of the novel #coronavirus (2019-nCoV) identified in #Wuhan, #China

More from WHO in January…

Chinese authorities informed WHO that they have ruled out a number of causes of the outbreak of #pneumonia in Wuhan City,

. The pathogen is not influenza, avian flu, adenovirus, SARS or MERS. Work continues to identify the cause.

BREAKING: WHO has received the genetic sequences for the novel #coronavirus (2019-nCoV) from the Chinese authorities. We expect them to be made publicly available as soon as possible. pic.twitter.com/h1w7A0jBm2

No doubt that the communist chinese are the enemy of America and the world and appear to be moving towards starting WWIII. They are getting more aggressive while building up their military, acting similar as did Germany & Japan in the 1930s before they caused WWII. And if biden is allowed into control the communist chines already own him.