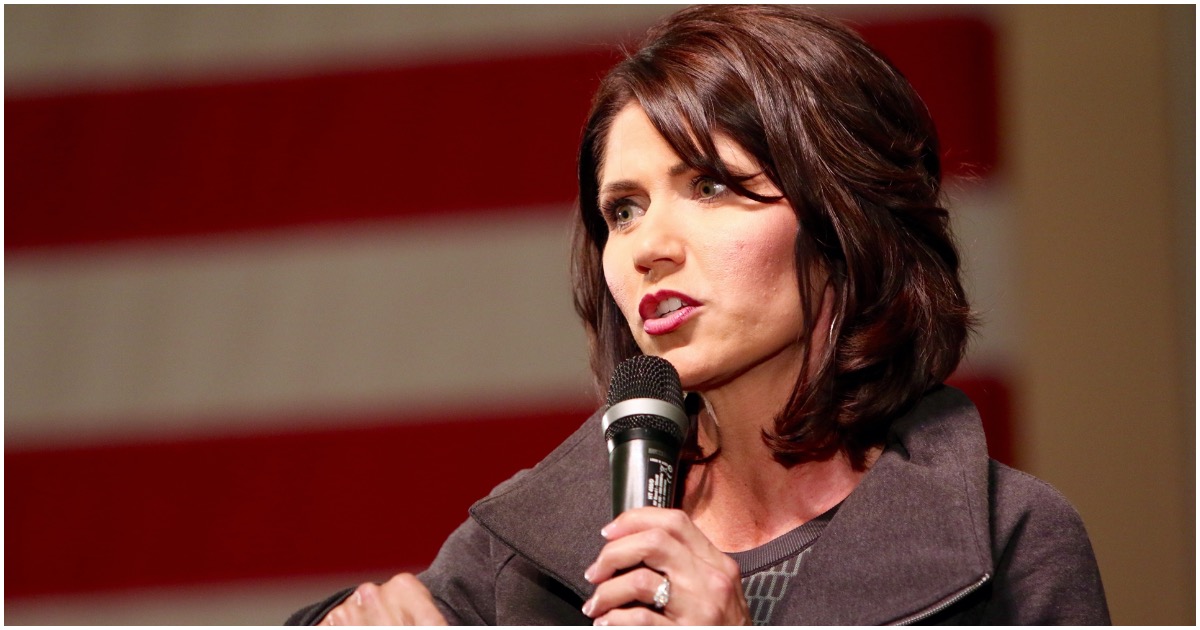 The following article, Republican Governor Will Not Enforce Biden’s Lockdown or Mask Mandate In South Dakota, was first published on Flag And Cross.

While far-left politicians in cities all over America are limiting group gatherings and once again shutting down businesses, the Republican governor of South Dakota won’t stand for it.

If Joe Biden becomes president and forces a nationwide lockdown, Kristi Noem will tell him to shove it.

Here’s the deal, via Argus Leader:

President-elect Joe Biden has floated a nationwide lockdown and mask mandate in response to surging coronavirus cases across the country.

The office of Gov. Kristi Noem said in a statement to the Argus Leader Friday that the first-term governor, who’s risen to stardom in the Republican party for her hands-off approach to managing the pandemic, has no intention of using state resources to enforce any federal COVID-19 orders.

Noem noted, “We already know that lockdowns don’t stop the spread of the virus. However, they destroy small businesses and jobs, and they make it difficult for families to put food on the table.”

Fox News host Tucker Carlson aired photos on Monday night that allegedly show Sen. Dianne Feinstein (D-CA) not wearing a mask while at an airport, which Carlson claims came after she wrote a letter to the Federal Aviation Administration demanding that “all airport and airline employees and passengers” wear masks.

Tucker Carlson showed photos of Democrat Senator Dianne Feinstein in an airport not wearing a mask after she wrote a letter to the FAA calling for a mandatory mask policy on airlines. Do as they say, not as they do. pic.twitter.com/TMYTliv93Z