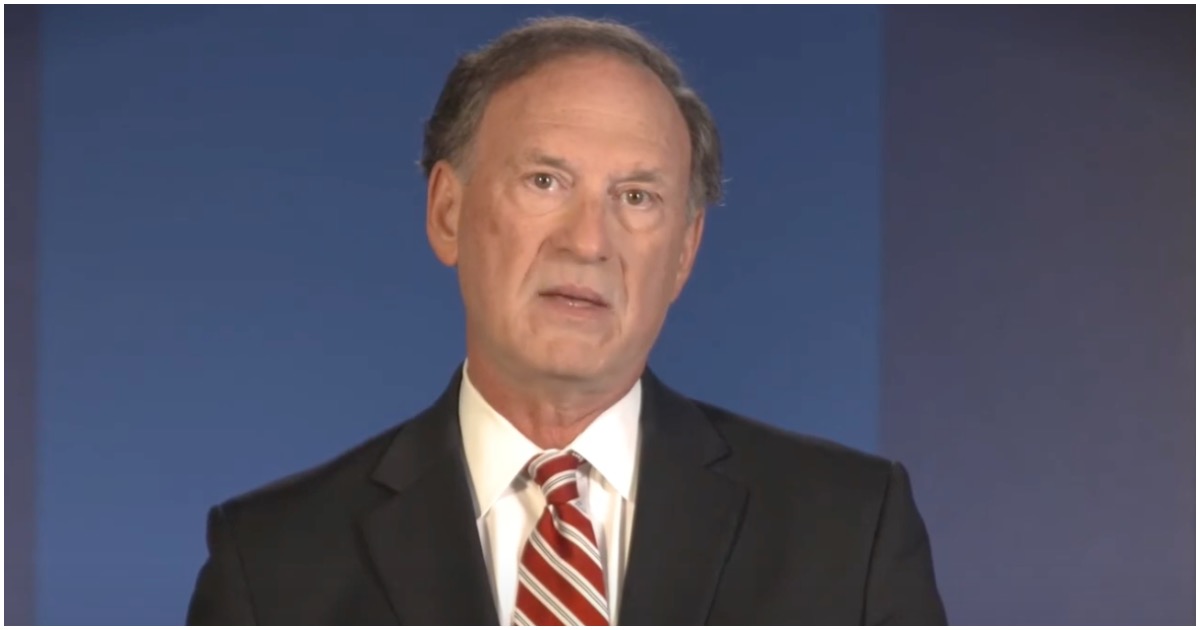 The following article, Justice Samuel Alito Warns That Religious Liberty Is At Stake Due to COVID Restrictions, was first published on Flag And Cross.

Middle East peace deals, a calm North Korea, lower taxes, keeping criminals out by building miles of wall. Just a few things President Trump did in his first term that weren’t good enough for some people.

What POTUS accomplished in four years is far more than most presidents get done in eight. But most important of all?

He reshaped the federal judiciary by placing constitutionalists on the courts.

Check out Justice Alito’s take on COVID-19 restrictions, via The Daily Wire:

Justice Samuel Alito characterized lingering local and state coronavirus lockdowns Thursday as a “constitutional stress test” that are placing restrictions on liberty that were “previously unimaginable.”

“We have never before seen restrictions as severe, extensive and prolonged,” Alito said in a virtual speech to The Federalist Society, according to The Associated Press. He added that the lockdowns have introduced “previously unimaginable restrictions on individual liberty.”

A U.S. Supreme Court justice issued a temporary order requiring Pennsylvania officials to segregate ballots that arrived after Election Day, granting for now a request by the state’s Republican Party.

Justice Samuel Alito’s order came as part of a fight over ballots received during a three-day extension issued before the election by the Pennsylvania Supreme Court.

PA Secretary Boockvar indicated yesterday that only a small number of ballots were likely to be affected. She said the number received after Election Day was a "tiny fraction" of the 60K received after the primary.

Continue reading: Justice Samuel Alito Warns That Religious Liberty Is At Stake Due to COVID Restrictions ...