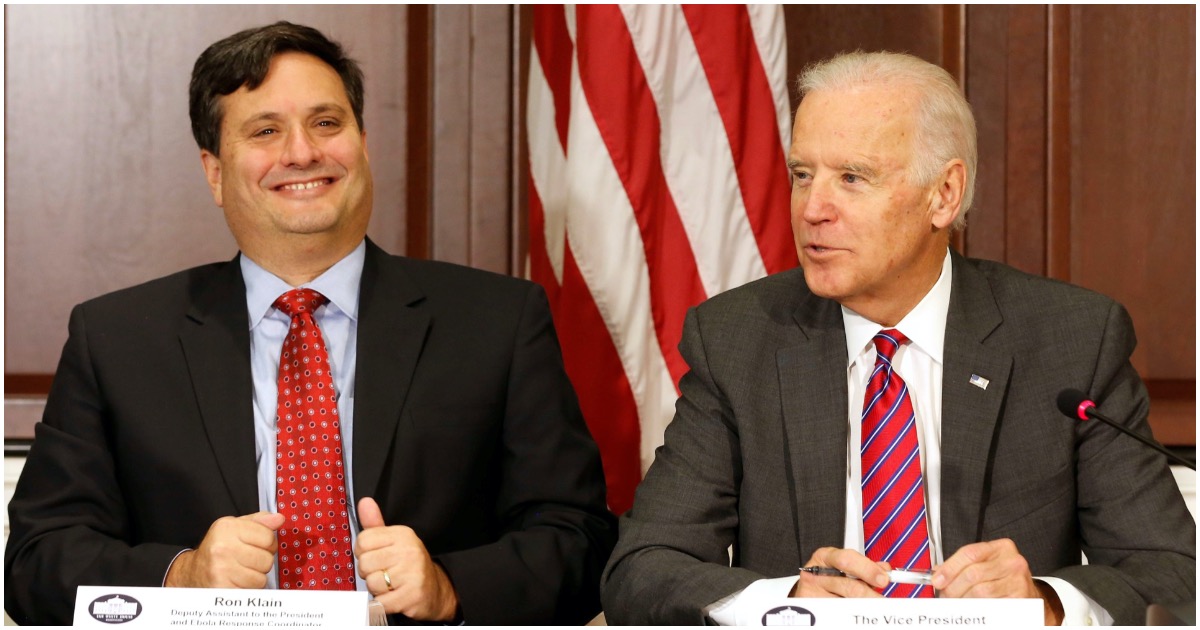 The following article, Joe Biden’s ‘Chief of Staff’ Said American Elections Are Rigged, was first published on Flag And Cross.

Joe Biden is not the “president-elect.” The media does not declare winners. We won’t know if Joe actually won the 2020 general election until the middle of December.

To name a chief of staff is a bit presumptuous, but so is assuming that you’re president-elect.

Looks like Biden’s right-hand man has a secret he wants us all to know.

Ron Klain, the long-serving aide to former Vice President Joe Biden who was named White House chief of staff Wednesday in the event his boss is certified as the winner of the election, tweeted in 2014 that he believed American elections are rigged.

.@voxdotcom That's because they are.

From Deadline via Yahoo:

Former news anchor Megyn Kelly is doubling down on President Donald Trump and his backers, continuing her unlikely reconciliation with a man who once had her on his enemies list.

Kelly is taking on all comers on Twitter, including some celebrities, regarding the election fallout. She’s mostly defending Trump’s supporters, who she claims have been demonized by the left.

You have zero understanding of the mood of 70 million Americans who have been unfairly attacked relentlessly for the past four years as awful ppl just for supporting their president. https://t.co/HSk5rqgWlG

I never needed your rallying. This isn’t about me. Tho I do know how you on the far Left (of whom rational liberals are embarrassed) love a person to play the victim. https://t.co/r7m41BaadG

Biden calls for “unity” and “healing” – perhaps he should take it up first with the loudest voices of his own party? https://t.co/UO7r4MsUCY

Ian, you’re out of touch if you think 70m Americans who have been unfairly demonized as the worst of humanity for 4yrs are now going to hug those who’ve viciously attacked them (& are now making lists of their names). I’m talking reality, which is my job, not pie-in-the-sky stuff https://t.co/ZgblLkiE3P

See? If you are a voter ticked off about being called a racist, xenophobic, sexist bigot for the past four years it is your “white fear” similar to after the Civil War. Good grief. https://t.co/hhpJZTCqAx

Martina, the vitriol went well beyond Trump-some 70m ppl have been called vile, bigots, racists & xenophobes & are now being threatened w/being put on target “lists” as punishment for supporting him. They’ve been demonized by the very ppl now sanctimoniously demanding “civility.” https://t.co/sjiZebqWBm

Written like a man who’s been in his basement for a year. https://t.co/bnP5pwprDj