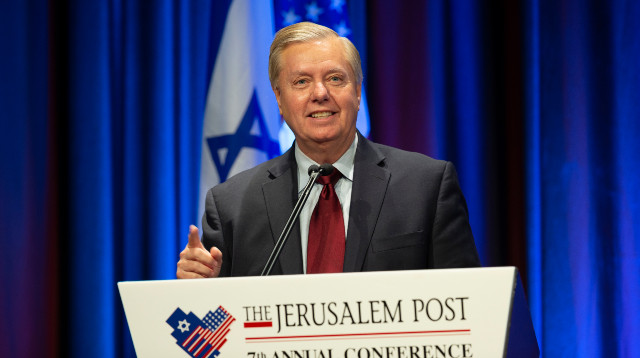 Sen. Lindsey Graham just announced that he’s going to be donating a million dollars to the two GOP senators who are now entering the runoff elections in the state of Georgia.

The South Carolina senator who won his reelection bid last week announced the contribution from his campaign during an interview with “Fox & Friends” on Thursday morning. Graham stated that the donation was to fight off the “tsunami of liberal money about to sink Georgia.”

Graham went on to say that every Republican who has a website in the House and Senate should direct donations to Georgia.

Georgia’s two senate race runoffs, the only outstanding senate races left, will determine which party is in the majority. As of Thursday, the Republicans control 50 seats, while the Democrats have 46 seats, and there are two independent senators who caucus with the Democrats bringing their total to 48. The two Georgia races — between Perdue and Democrat Jon Ossoff, and Loeffler and Democrat Raphael Warnock — will determine whether the Democrats can raise that number to 50 and have Vice President-elect Kamala Harris act as a tiebreaker when needed.

Both races will be going to a runoff, scheduled for Jan. 5, because no candidate in either race amassed 50% of the vote. Major players from both parties are expected to campaign for the candidates.

Perdue and Loeffler have demanded Georgia’s Republican Secretary of State Brad Raffensperger to resign, claiming the presidential election played out in a manner that was “embarrassment for the state.” Raffensperger has disputed their claims and asserted his resignation “is not going to happen.”

It’s critically important that Republicans maintain control of the Senate, so that if it is verified that Biden really is the president-elect, then we have a means of preventing him from pushing radical socialist policies through Congress and making them into law.

This will buy us time to prepare for the midterms when Republicans can push to take back both houses of Congress and really pump the brakes on anything Biden wants to accomplish.

Have wondered for years why those ‘voters’ vote for “independent” candidates for the House or Senate? Do those voters not know that if elected, those “independents” always sit with, vote with, and are counted as ‘democrats’? So, do not tell us you are not democrats by voting for “independents”, because you are.