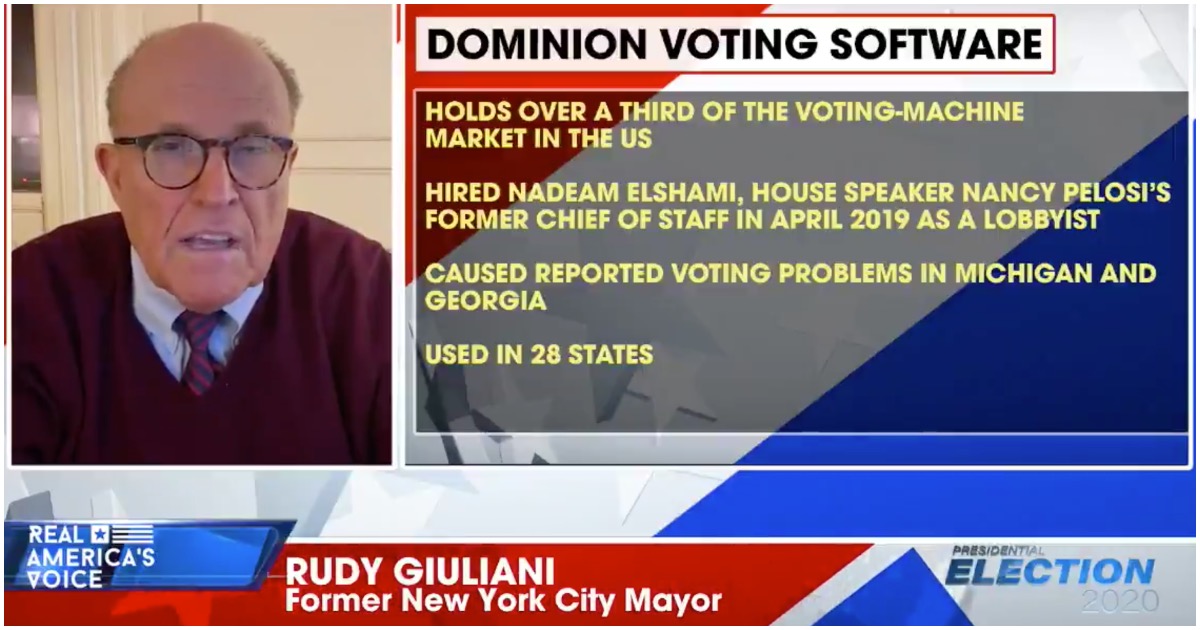 The following article, Giuliani: Affidavit Was Provided Stating Worker Saw 100,000 Ballots Brought In for Biden, was first published on Flag And Cross.

Election Day has turned into election month, as votes continue to be counted and re-counted. At the same time, the Trump team keeps looking for fraud all over the place.

Will they have enough evidence to present before electors make everything official?

It’s looking like more and more is being gathered by the day.

A worker for Dominion in Michigan provided an affidavit to @RudyGiuliani stating 100k ballots for Biden were brought in to "catch up with Trump."

Here are some recent tweets from President Trump…

.@FoxNews daytime ratings have completely collapsed. Weekend daytime even WORSE. Very sad to watch this happen, but they forgot what made them successful, what got them there. They forgot the Golden Goose. The biggest difference between the 2016 Election, and 2020, was @FoxNews!

WE ARE MAKING BIG PROGRESS. RESULTS START TO COME IN NEXT WEEK. MAKE AMERICA GREAT AGAIN!

What could we expect when Pelosi insisted on sending out Billions of Mail-in-Ballots to people who had Not Requested one? Fraud was on her mind and it worked! People said they received at least 5 Ballots for each person. Many went to Dead people, some as far back as World War 1! Many went to addresses where people no longer lived! Also, Pelosi and Feinstein had Stock in the Dominion Voting Machines that were changing votes from Trump to Biden!!!Those machines were used in almost all states with the exception of Texas, who absolutely refused to use those machines that… Read more »