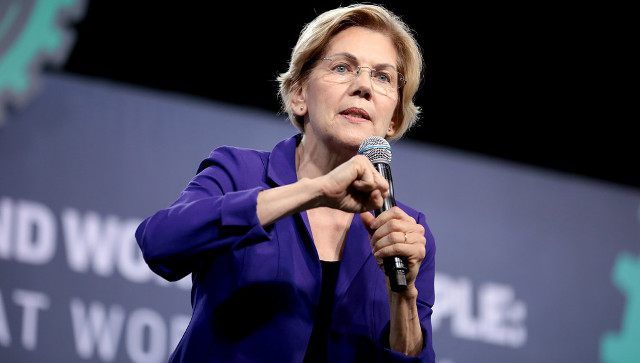 Senator Elizabeth Warren wrote an op-ed piece stating that she believes the reason that Joe Biden won the 2020 election against President Donald Trump — that hasn’t been made official by the way — is because he chose Sen. Kamala Harris as his running mate and the two of them ran on “the most progressive economic and racial justice platform” ever.

Funny, it seems Warren has already forgotten that many Democrats in the party have blamed the radical socialistic policies many of the more hardcore have pushed, like “defund the police” on their failure to secure control of the Senate and for losing so many House seats.

But Warren doesn’t want the radicalism of Biden and Harris to stop there. She wants them to forego Congress and put in place a bunch of wishlist items the left has been dying to shove down the throats of the American people.

She calls for them to cancel billions of dollars in student debt, lower drug prices, issue new OSHA health and safety standards for employers and raise the minimum wage for federal contractors, among other measures.

Warren is said to be eyeing the treasury secretary’s job in the Biden administration, provided President Trump is unsuccessful in court efforts to overturn election results.

The one thing that liberals never, ever seem to do is to look beyond the immediate results of a certain policy to see what long term effects it might have on the economy.

For example, in the short term, raising the minimum wage seems like a great idea. The problem, of course, is that when the cost of doing business goes up for company owners, they have to find some way to offset the loss in revenue. This is usually done by passing the cost onto the customer by raising the prices of goods and services.

Seeing as how the whole point of raising the minimum wage is to help people meet the current cost of living, this whole policy is self-defeating. It eventually raises the cost of living again, so you’re right back at square one.

That is what the constitution is for, you fucking moron!

Old worn out lizzie is saying what the communist/democrats are thinking, take the presidency and then do away with the house & senate (meaning conservatives) and then merely dictate to Americans. That’s your future when you elect dems/communist into control.