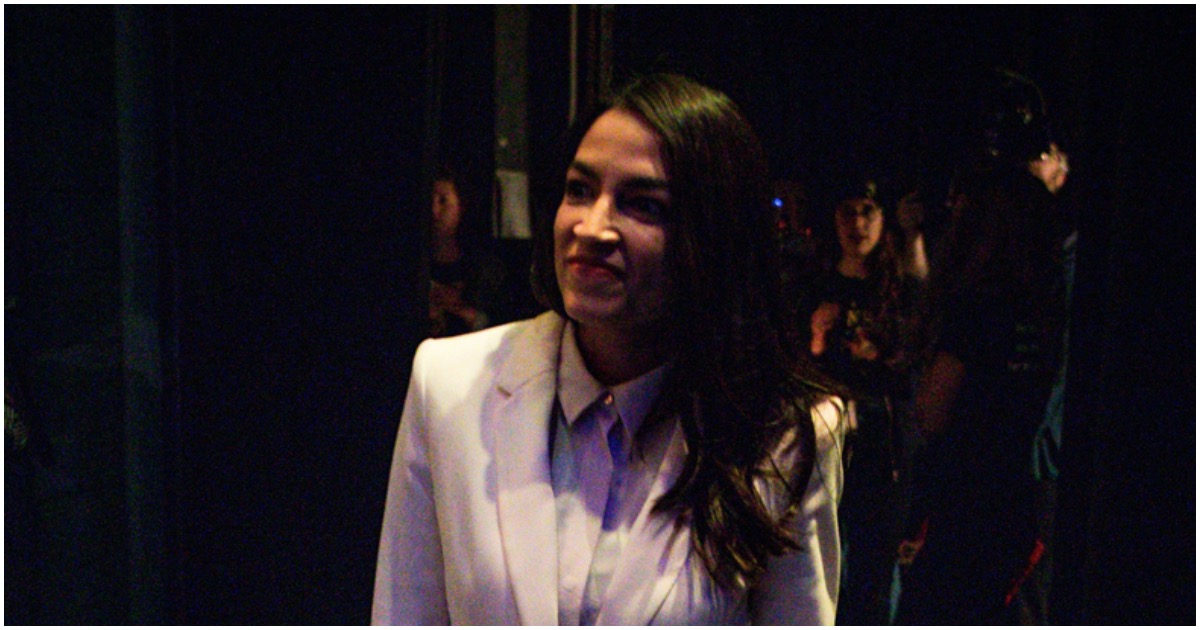 The following article, AOC: Put Me Near the Top of Your List — An Opinion Piece By Jeff Davidson, was first published on Flag And Cross.

I have not previously written to a senator or a congressional representative, and perhaps I should have before now. I am one of the 62 million American citizens, and I emphasize ‘American citizens,’ who took a chance in 2016 and voted for Republican presidential candidate Donald Trump. While he has probably the most amount of personal faults of anyone I’ve ever heard about or encountered, except maybe for you, he also has proven to have unprecedented capabilities.

In the last four years, President Trump has exceeded my expectations in terms of his ability to deliver on his promises, and to tackle long-standing issues that every other president either ignored or never thought to handle. To me, his achievements in four years have been nothing short of amazing. Yes, he is boastful and sometimes a bit over-bearing, but as the Baseball Hall of Fame pitcher, the late Dizzy Dean once said, “It ain’t bragging if you really done it.”

I’m writing to you today to reveal that I voted for Donald Trump also in the 2020 election, along with 72+ million other people. In no way on this Earth, could Joe Biden ever be as effective as Donald Trump. Indeed Joe Biden, Democrats, and all Marxist sympathizers in general, yourself included, will end up in the dustbin of history. And soon, hopefully!

On to the main issue for my contacting to you: I understand that you seek to make or to obtain a list of Trump supporters, and that you want to ensure that such individuals are easily identified. You refer to such citizens a ‘Trump Sycophants.’ Specifically, you seek to establish a comprehensive roster of his supporters and their associated Internet posts – several years worth I gather…

I saw that on November 6, 2020 you stated via Twitter: “Is anyone archiving these Trump sycophants for when they try to downplay or deny their complicity in the future? I foresee decent probability of many deleted Tweets, writings, photos in the future…” Later on that same day, you tweeted: “Lol at the ‘party of personal responsibility’ being upset at the idea of being responsible for their behavior over last four years.”

In the political world, I am a relative ‘nobody.’ I’m merely a rank-and-file citizen, with no special status or accolades. I‘ve never been elected to political office. Still, I would like you to place me near the top of the list.

May I observe that you don’t seem to have a firm grasp of history, either U.S. history, or world history? If you did, you would know that making an enemies list is the mark of a totalitarian regime. Stalin had a list, Hitler had a list, even some U.S. politicians over the years have had their various lists.

Publicly calling for the creation of such a list signals to all, once and for all, who and what you are. You are a totalitarian, fascist wannabe dictator. At 31 years old, you still know next to nothing politically as well as historically, and are unintelligent enough to tip your hand so that everyone unmistakably knows your true political intent. For that, I thank you.

In closing, please put me near the top of your list. I’m not asking to be on top. I fully realize that unlike, say, James Woods, Matt Schlapp, Candace Owens, Tucker Carlson, Dennis Prager, and other well-known entities on the right, my name near the top of your list would not carry any weight. Still, I would consider it to be an honor if I could be in the top 100 or 500, and that is my primary reason for the request.

You probably can grant my wish since, apparently, you are all-powerful, or soon intend to be. Good luck on your life’s journey (you’re going to need oodles of it)

Continue reading: AOC: Put Me Near the Top of Your List — An Opinion Piece By Jeff Davidson ...