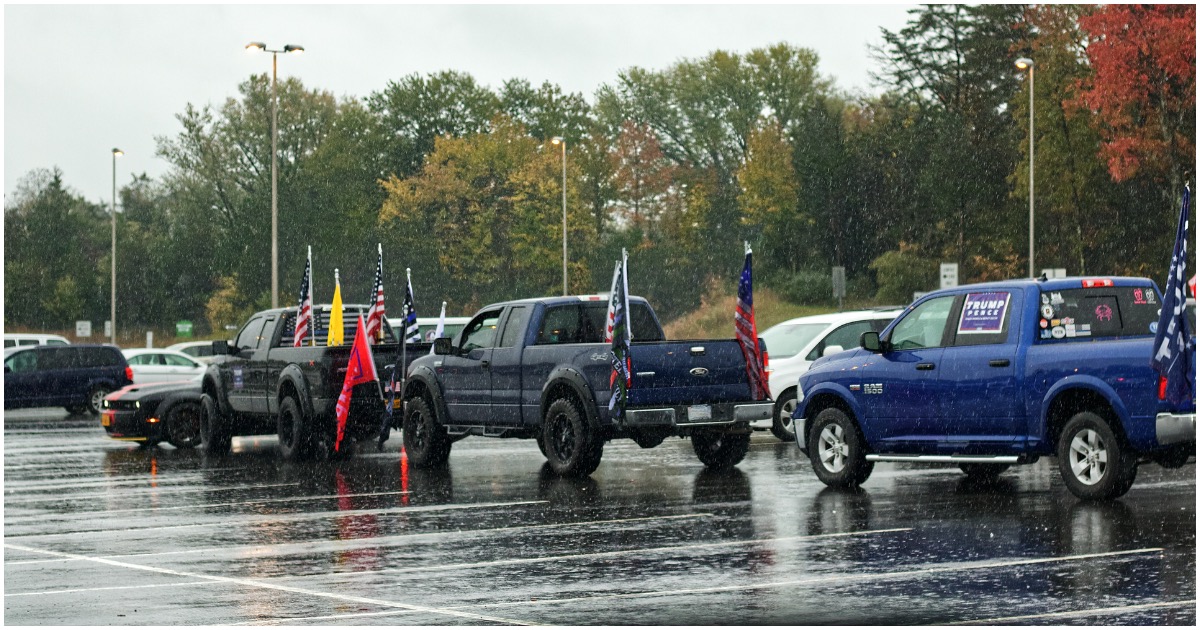 The following article, Trump Trains Are Heading to Washington DC All the Way From San Diego, was first published on Flag And Cross.

The left doesn’t believe there will be a smooth transition for a new administration. They’re doing what they usually do, inciting hysteria.

Thing is, there won’t need to be a transition.

Donald Trump isn’t planning on being a one-term president.

President Trump supporters in California are sending a Trump train to upcoming demonstrations in Washington D.C.

They don’t call him Cocaine Mitch for nothing pic.twitter.com/SdbDkt6tWT

We all know the truth pic.twitter.com/Jf2UXj1Vn0

Nobody wants to report that Pennsylvania and Michigan didn’t allow our Poll Watchers and/or Vote Observers to Watch or Observe. This is responsible for hundreds of thousands of votes that should not be allowed to count. Therefore, I easily win both states. Report the News!

Everyone is asking why the recent presidential polls were so inaccurate when it came to me. Because they are FAKE, just like much of the Lamestream Media!

With backing from Trump, RNC chair McDaniel expected to run for another termhttps://t.co/Od8rifIduu

Continue reading: Trump Trains Are Heading to Washington DC All the Way From San Diego ...

And as many reports of voter fraud are reported, many upon sworn testimony, the fake news outlets continue ‘reporting’ “no cases of voter fraud”. And so many dems believe this?