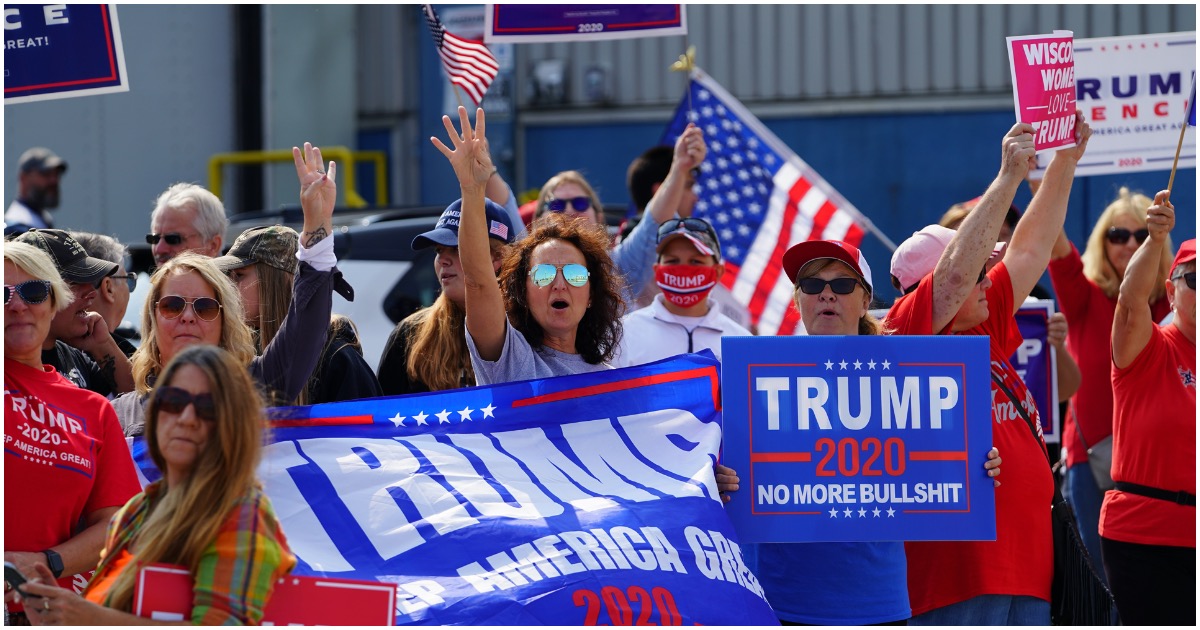 The following article, ICYMI: Biden Refers to Horn-Honking Pro-Trump ‘Folks’ As ‘Ugly’ At Minnesota Rally, was first published on Flag And Cross.

Until then, here’s the former vice president referring to pro-Trump protesters as “ugly.”

Democratic presidential nominee Joe Biden jabbed at a group of Trump supporters who honked their horns at a campaign stop in Minnesota, while he attempted to detail his plans to combat the coronavirus pandemic on Friday night.

Biden spoke over the noise throughout his speech at the drive-in rally in St. Paul. The former vice president ripped the Trump administration’s handling for the pandemic and appeared to grow irritated when the horn-honking interrupted his explanation for supporting a nationwide mask mandate.

“Dr. Fauci called for a mask mandate last week,” Biden said. “This isn’t a political statement like those ugly folks over there beeping the horns. This is a patriotic duty, for God’s sake.”