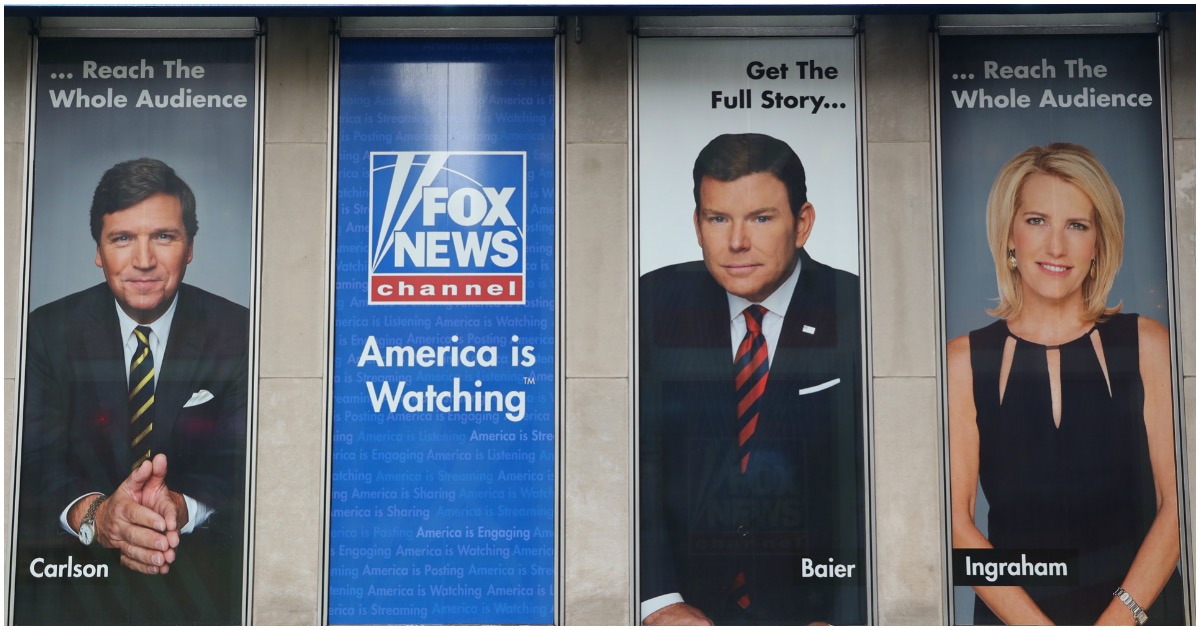 The following article, Fox News Ratings Have Fallen Off A Cliff, Now Getting Lapped By CNN & MSNBC — Details, was first published on Flag And Cross.

Tucker. Hannity. Ingraham. Gutfeld. The Five. Fox News still has very solid conservatives on air. That being said, largely due to calling Arizona far too early for Joe Biden, the network’s ratings are on the decline.

Here’s the deal, via National Pulse:

Last Friday’s ratings for the supposedly “conservative” outlet were less than both CNN and MSNBC for the first time in years, according to an internal Fox document containing viewership analytics.

As of today, Trump is now officially within half a percent of winning Arizona with 98% of the vote counted in the state:

FNC anchor Chris Wallace wasn’t too happy with Trump after he declared victory, with remarks made before a clear winner had been determined.

Wallace said, “This is an extremely flammable situation, and the president just threw a match into it. He hasn’t won these states. Nobody is saying he won the states. The states haven’t said that he’s won. This goes right back to what Joe Biden said, which is that the president doesn’t get to say that he’s won states, you know, the American people get to say it.“

Chris Wallace: No State has certified Biden as the President Elect – and they are the only ones that matter. Certainly NOT the media nor can Biden, regardless of his claims of being President elect Biden!
FoxNews’ ratings falling precipitously are nothing more than SELF INFLICTED WOUNDS, a SUICIDE!

I’m pretty much done with Fox News, they have moved too far to the right for my conservative values. Only care to watch Tucker, Hamite and Ingal. Some of the Five crew is with listening to but Williams is lost completely. I would bet that most of the old Fox supporters have a similar feeling as myself. Where do conservatives with our values go now for the truth in broadcast news. We live in an untrusting country. Totally divided on values and moral belief. If underhand cheating in our election system is the norm for the future, I don’t look… Read more »

“Too far to the right”?? Perhaps you mean fox has become merely another liberal station? If/when Carlson & Hannity leave, it will be cnn/msnbc #2.

I agree with your comments, but you must add Laura Ingraham to the Fox people who are worth watching. Bret Bair, Martha MacCallum, Shannon Bream, Juan Williams, and Donna Brazile are too far left for me and I will turn off Fox when they come on.

There is no way that FOX News has moved to far to the right. For this statement alone, you are not a true conservative. So, either correct your statement or stop calling yourself a conservative.