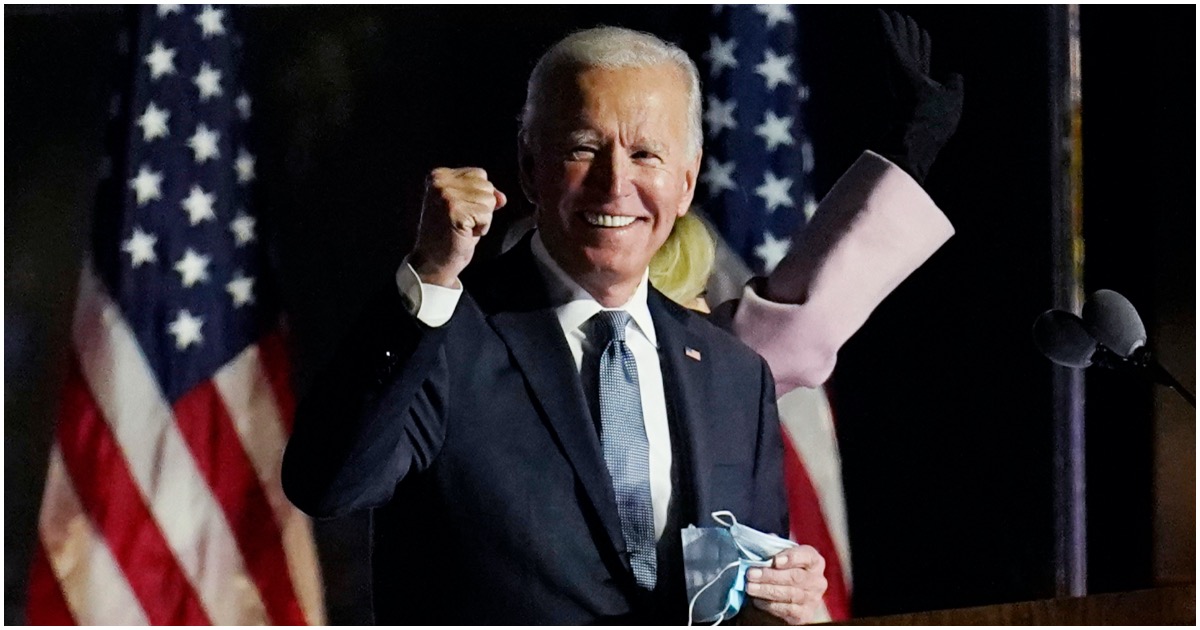 The following article, DAVIDSON: Biden Is Myopic About Keeping Children Out of School, was first published on Flag And Cross.

For however long he lasts as the mainstream media’s ‘president elect,’ and it won’t be long, Biden is so wrong on keeping children out of school. Much has been said or written about whether or not school children should be returning to on-site classes during the fall. Many voices on the right say that children’s propensity for contracting the virus and having any lingering ill-effects is rather small.

Those on the left, well, who can be sure what they’re saying? Some have health concerns, but most seem to favor anything that will disrupt the nation.

What about the effect of children staying home, staring at screens, incurring a lack of physical activity, and becoming ensconced in confined spaces? What about the impact of being home too long and the resulting damage to children’s eyes? Should that be a topic of interest in the national conversation? What about children who already are over-connected to the internet and totally unconnected from nature?

Among all ages groups in society, nearsightedness is on the rise: Since the 1970s, nearsightedness has increased nearly 70 percent. Whereas 35 years ago, roughly a quarter of the population between ages 12 and 54 required corrective lenses for nearsightedness, today that figure is above 50 percent. Myopia is likely on the rise because of the increasing use of electronic devices, notably among young children, and starting at an early age.

From age three on up, kids today stare at screens incessantly. Susan Vitale, Ph.D., an epidemiologist in the Clinical Trials Branch, Division of Epidemiology and Clinical Applications, National Eye Institute, notes that our affinity for electronic devices, especially among young children, could explain the sudden jump in nearsightedness.

The time children spend indoors, which has been on the rise since the computer revolution of the early 1980s, doesn’t help. Children spend more time indoors today than children of previous generations and, thus, the peril of myopia looms. For eye health, indoor lighting cannot compare with sunlight. When too little ambient light infiltrates their fields of vision, it sends a signal to each eye to stop growing. That can lead directly to myopia, and hence, a lifetime of trips to the optometrist.

Too often, kids are allowed to stay connected to the Internet, their cell phones, and their electronic gadgetry, staring into screens for more hours each day than any futurist could have imagined, and all the while being subjected to the negative consequences of such actions.

All of of us, from childhood on, need to spend more time outdoors, at the least to enjoy nature’s bounty of vitamin D and for the stimulation of the pineal and other glands. Being outdoors also leads to more exercise. Yet, how many parents ensure that their children spend the requisite amount of time outdoors each day?

The prospect of children spending too much time indoors is perilous for other reasons. More than ever, children today are subject to Type II diabetes and other afflictions normally associated with adults.

Schools Have the Space

With social distancing as the order of the day, why has little discussion taken place about the creative ways in which schools can uphold social distancing for the children who should be attending them? Nearly every school, from elementary to high school, has a gymnasium, and much of the time there is room within the gymnasium for 20 or 30 students to sit spaced apart and receive instruction.

For several hours during the day, school cafeterias are not widely used. Cafeterias include tables and chairs which can be arranged conveniently to practice social distancing while enabling children to learn first-hand from an on-site teacher.

Nearly all schools across the nation have auditoriums or theaters, or rooms of some sort where performances, assemblies, speeches, and presentations take place. In such gathering halls, a class of 20 or 30 students could meet in one corner, another class in another corner, and so on, thereby maintaining a safe distance. Also, in many parts of the country during late August, September, and October, the weather is palatable for holding classes outdoors.

Everything said above, added to the therapeutic and vaccine breakthroughs in motion, leads to one conclusion: The schools must open in January.

Continue reading: DAVIDSON: Biden Is Myopic About Keeping Children Out of School ...