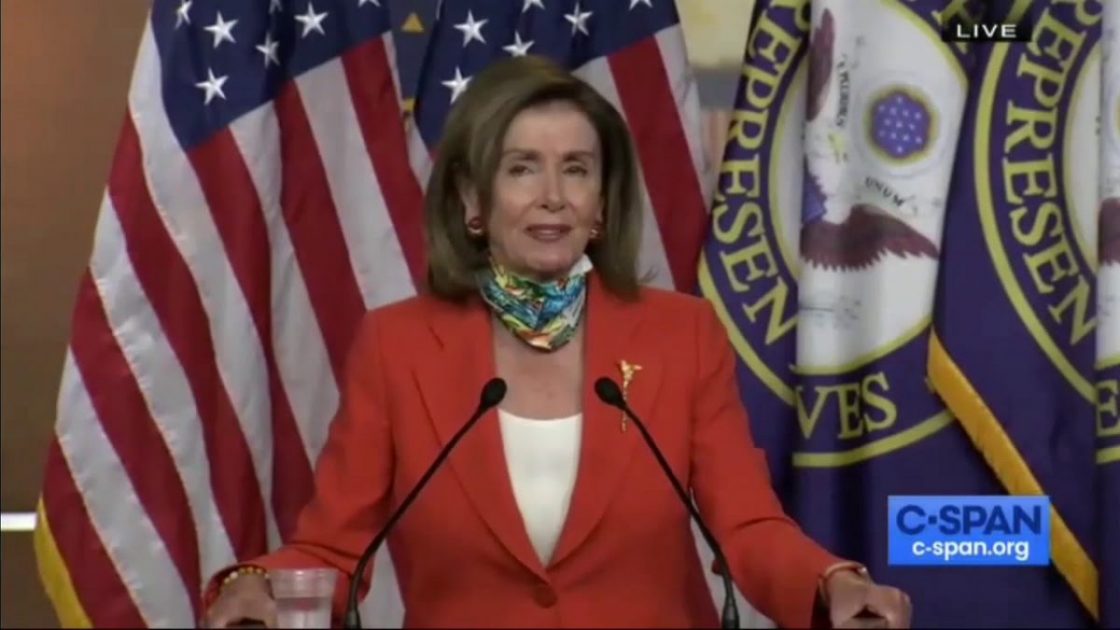 The following article, As Nancy Pelosi Seeks Another Term As Speaker, She Refuses To Denounce Socialism, was first published on Flag And Cross.

Speaker of the House Nancy Pelosi has apparently not learned anything from the 2016 election, nor from the current one, as she continues to refuse to denounce socialism, as this particular set of ideology is now fracturing the Democratic Party.

This comes as Pelosi is seeking another term as speaker and might require the votes of certain individuals in the House who have a far more radical left-wing agenda than some Democrats.

Fox News had requested comment several times — including multiple phone calls to Pelosi’s office — with inquiries about whether she opposed the ideology and whether she would allow any self-described socialists elected in the Democratic caucus to hold leadership positions in the House of Representatives.

During a press conference on Friday, Pelosi acknowledged that there was a “difference of opinion” among members of her caucus as a rift between moderates and progressives appears to have expanded following the 2020 election.

Back in 2019, Pelosi insisted during a “60 Minutes” interview that socialism was “not the view” of her party.

Hate to break it to Speaker Pelosi, but if you support legal measures that take money in the form of taxes away from one person, with the full intent of giving it to someone else, that is socialism.

And that is definitely the Democratic Party.

Joseph A. Wulfsohn, a reporter for Fox News, writes in his report, ”

However, self-described Democratic Socialists have become some of the most high-profile members of the Democratic Party. Sen. Bernie Sanders, I-Vt., who earned the second-most delegates in both the 2016 and 2020 Democratic primaries, thanked socialist groups “for their extraordinary efforts in helping to make Biden’s victory possible.”

“The subject of socialism is apparently becoming a growing concern among Democrats behind closed doors. A leaked recording from a Democratic caucus call showed Rep. Abigail Spanberger, D-Va., suggesting that socialism, in addition to “defund the police” rhetoric, were to blame for several congressional defeats as their GOP opponents used the ideology as a bludgeon,” Wulfsohn said.

“We want to talk about funding social services, and ensuring good engagement in community policing, let’s talk about what we are for. And we need to not ever use the words ‘socialist’ or ‘socialism’ ever again,” Spanberger says in arecording that was obtained by The Washington Post. “Because while people think it doesn’t matter, it does matter. And we lost good members because of it.”

So the whole “progressivism is bad” argument just doesn’t have any compelling evidence that I’ve seen.

When it comes to “Defund” & “Socialism” attacks, people need to realize these are racial resentment attacks. You’re not gonna make that go away. You can make it less effective.

President Trump has attacked Joe Biden for being what he called a “Trojan horse” for the socialist agenda of radical progressives who have hijacked the Democratic Party away from those who wish to see it stay in the center.

Without a doubt, wealth redistribution and other forms of socialism have now become deeply ingrained in the platform of the Democratic Party and there’s simply no stopping that now it seems.

We can, however, and should, work toward preventing the socialist agenda from being forced on us by progressive politicians.

Continue reading: As Nancy Pelosi Seeks Another Term As Speaker, She Refuses To Denounce Socialism ...