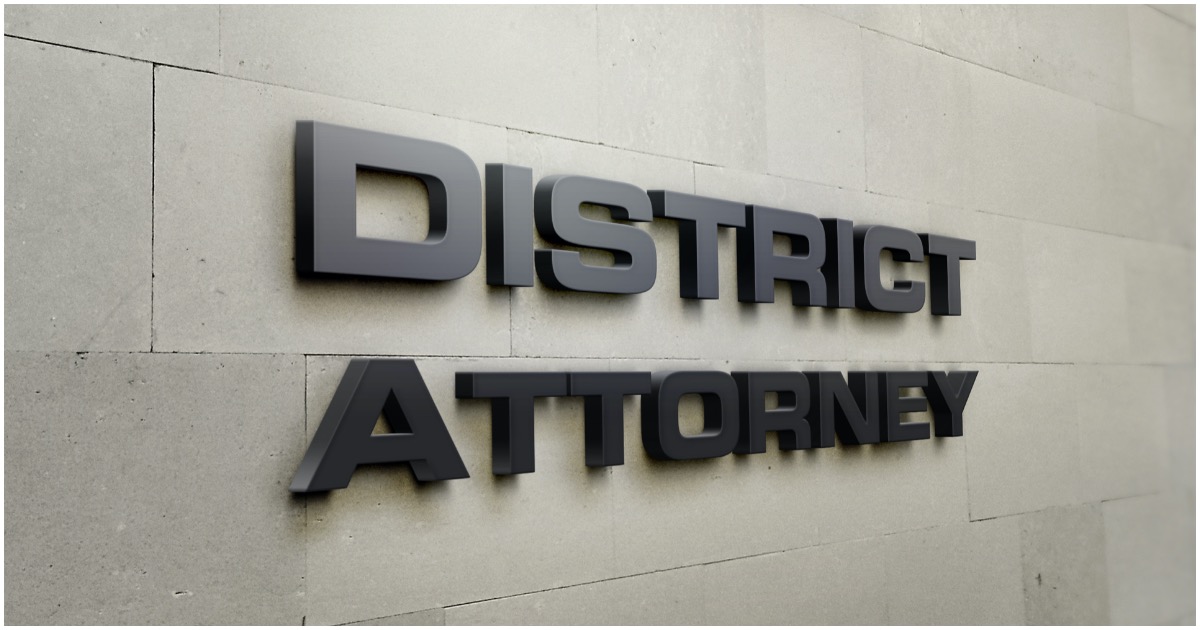 The following article, DAVIDSON: District Attorneys for Sale, was first published on Flag And Cross.

Even after the Electoral College vote totals are corrected to account for Democrat fraud, and after Donald Trump is sworn in for a second term, a huge problem prevails in our legal system. The demented George Soros, in the opinion many people in the know, has harmed the U.S. for decades, increasingly at the state and local level.

It’s long been documented that George Soros influences governments and impacts economies around the world, whether it’s fomenting riots to undermine national sovereignty or sinking a nation’s currency to enrich himself. Soros, through his various organizations, is a micromanager as well, seeking to manipulate politics on a state and even local basis.

In July 2020, a search warrant was executed by a Soros-backed prosecutor in St. Louis on a married couple seeking to defend their home. On June 29, 2020, standing in the front yard of their house with a weapon, the McCloskeys, who were fearful for their lives, lawfully defended themselves among trespassing protestors.

Mark McCloskey notes that he and his wife, “were threatened, their dog was threatened,” and people stated that they would burn down his home and his office. Others said they would be living in that home by the time they “were done.”

Having donated multi-billions of dollars over the years to leftist causes, in the last half-decade, Soros has been funding Marxist sympathizing prosecutorial candidates.
“Since 2015, George Soros has spent more than $17 million on district attorney races,” notes TV personality Bill O’Reilly. That is why we’re witnessing an apparent collapse of the U.S. criminal justice system.

If you can’t hold criminals, what’s the point of having a court system? Police departments in U.S. city after city are seeking to do their jobs in an environment where they know that Soros-funded prosecutors are going to let criminals go. The criminals themselves, quickly realizing that they’re not going to be prosecuted, become emboldened. It’s a vicious, vicious cycle.

Soros focuses on district attorney races in particular because it is a vital part of the defense of our nation’s cities. What’s more, it’s inexpensive compared to funding a senatorial candidate or defeating a Supreme Court nominee.

Damage on Every Level

On July 13, 2020, two weeks after the McCloskey incident, Open Society Foundations, the George Soros funded organization bent on diminishing the role of sovereign nations, bestowed $150 million in grants to black-led “justice organizations” to increase momentum “towards racial equality.” It also donated $70 million for “more immediate efforts to advance racial justice,” including campaigns to “reimagine” policing. Some 187 of his organizations are primed to undermine Donald Trump.

Soros, a global puppet master, is behind much of the political and social turmoil that the U.S. and other nations are experiencing. The left downplays his involvement at every opportunity: If you mention his name, you’re accused of being paranoid. Any such manipulators on the right are bit players compared to Soros and his hundreds of far-left funded agencies around the world.

Illuminating the intricacies of the Soros empire would require an encyclopedia. In the U.S., Soros funds the Alliance for Justice, widely known for its activism in the appointment of federal judges, and its consistent portrayal of Republican judicial nominees as “extremists.” The coordinated smear and attack on Brett Kavanaugh in 2018 was perpetrated by Soros funded groups.

The Center for Constitutional Rights (CCR), is another Soros group. It is a pro-Castro organization and core member of the “open borders” lobby. CCR opposes most U.S. government post-9/11, anti-terrorism measures, claiming that American “injustice” provokes acts of international terrorism.

Soros funds the Human Rights Watch, a group that criticizes the U.S. and Israel, opposes the death penalty in all cases, and seeks open borders and total amnesty for illegal aliens. And those are but three of 100s of U.S. groups that Soros amply funds.

What’s Best For You

Soros wants to ramp up mass immigration to the breaking point and dissolve cultures, in pursuit of a utopian, one-world, global government, with an all-powerful central authority, restricted movement of citizens, serfdom, and all property belonging to the state. Who is to preside over such ‘perfect’ societies? Elite, ‘omniscient’ rulers who ‘know’ what is best for everyone.