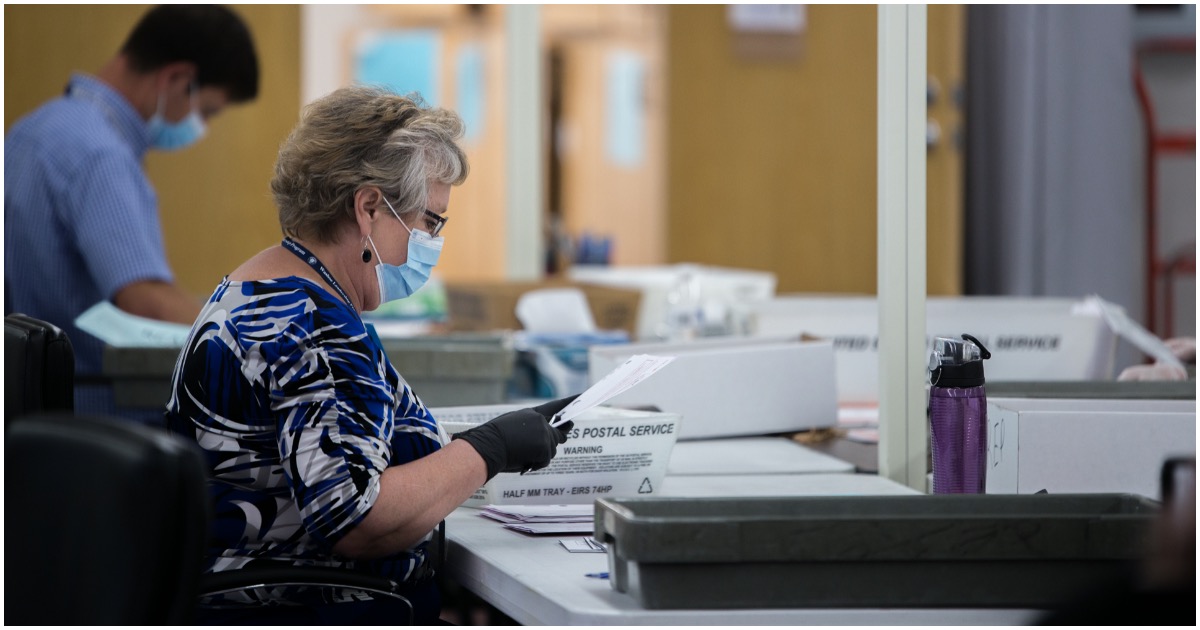 The following article, Poll Workers May Have Unlawfully Altered Witness Statements On Thousands of Ballots, was first published on Flag And Cross.

The election is not yet over. If President Trump’s team can put together enough clear evidence of voter fraud in multiple states, he could still pull this thing off.

Rudy and crew might want to look into this situation in the Badger State.

County and municipal clerks and poll workers across Wisconsin may have unlawfully altered witness statements on thousands of mail-in ballots across the state, “The Dan O’Donnell Show” has learned.

Wisconsin Statute 6.86 provides that an absentee ballot must be signed by a witness, who is also required to list his or her address. If a witness address is not listed, then the ballot is considered invalid and must be returned to the voter to have the witness correct.

Instead, multiple sources tell “The Dan O’Donnell Show,” municipal clerks and vote counters across the state simply filled out witness signatures themselves. Acting on false and unlawful advice from the Wisconsin Elections Commission (WEC), these clerks may have inadvertently invalidated thousands of absentee votes.

“The statute is very, very clear,” said retired Wisconsin Supreme Court Justice Michael Gableman, who worked as a poll watcher in Milwaukee on Election Day. “If an absentee ballot does not have a witness address on it, it’s not valid. That ballot is not valid.”

Keep your eyes on Philadelphia — and Pennsylvania, as a whole.

Why were these GOP poll watchers denied entry into polling places?

Oh look! A Democratic committeewoman in north Philly wearing a Biden mask not letting certified Republican poll watchers into a polling place… She ends with "that rule ain't worth being followed" when someone says they should be allowed inside. pic.twitter.com/7646fTi2in

A poll watcher in Philly was just wrongfully prevented from entering the polling place#StopTheSteal pic.twitter.com/iJTFtRk0Id

MORE Bad things happening in Philly. Dem election officials have avoided transparency & accountability at every step. NOW they’re keeping our poll watchers so far from the counting tables there’s NO WAY to ACTUALLY observe. What are they hiding?? THIS MUST STOP!!! pic.twitter.com/r1YlkZokAa

Polls have been open for 4 hours! So far, we've heard reports of:
– Voters being turned away from polls for wearing Trump gear.
– Republicans (not Democrats) being denied provisional ballots.
– Non-operational scanners statewide.
– Voters separated into poling lines by party.

Tweets claimed that poll watchers in Philadelphia were prevented from entering polling places. A poll watcher was turned away at one location, because an official in charge had wrong information about the rules. The issue was corrected: https://t.co/9lG5h6jQTS