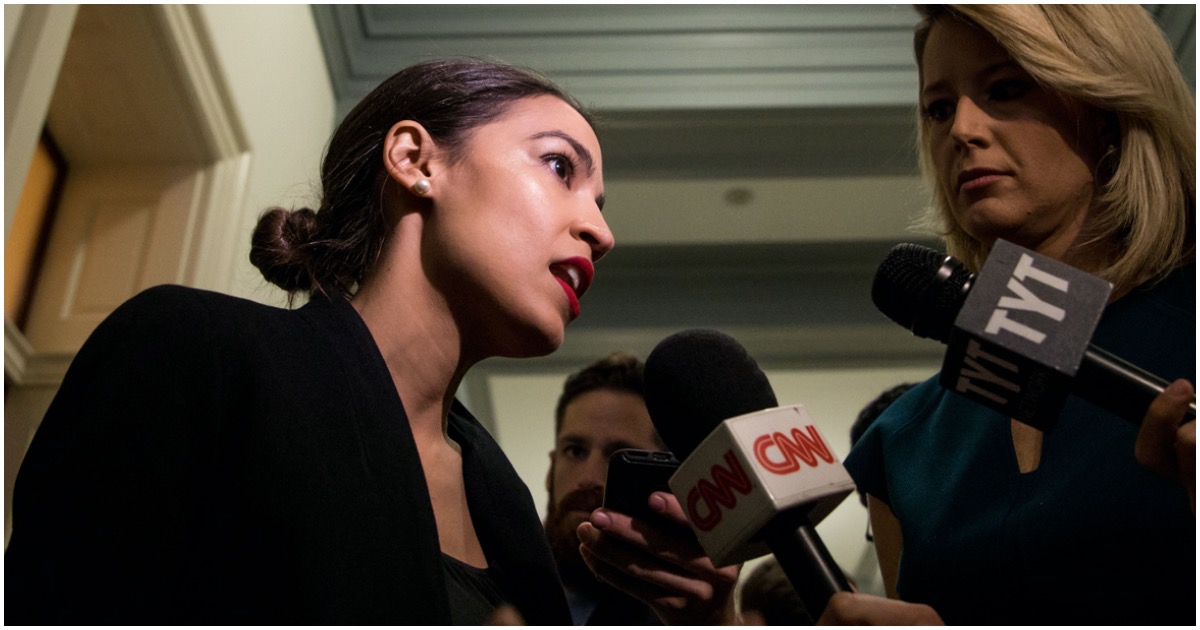 The following article, Ocasio-Cortez: ‘I Don’t Even Know If I Want To Be In Politics’, was first published on Flag And Cross.

All the campaigning, arguing, infighting, legislating, TV interviews, press conferences – whew. It would take a toll on anyone. That being said, AOC may already be fed-up with life in DC.

Now, if she could only get the rest of “the squad” onboard.

Rep. Alexandria Ocasio-Cortez says she doesn’t know whether she wants to stay in politics, much less run for higher office.

“It’s the stress. … It’s the lack of support from your own party. It’s your own party thinking you’re the enemy,’’ the Bronx congresswoman told the New York Times in an interview published over the weekend.

She said, “I’m serious when I tell people the odds of me running for higher office and the odds of me just going off trying to start a homestead somewhere — they’re probably the same.”

Here are some recent tweets from the woman who just won re-election to the House by a wide margin, and other far-left radicals…

You can’t just tell the Black, Brown, & youth organizers riding in to save us every election to be quiet or not have their reps champion them when they need us. Or wonder why they don’t show up for midterms when they’re scolded for existing. Esp when they’re delivering victories.

By the way if white communities are getting more comfortable w overt racism or “cultural resentment” (if that’s what they’re rebranding it now) it’s only gonna get harder for POC turnout to save everyone.

Real organizing & strategy is needed that disarms bigotry, not avoids it.

"Progressives have assets to offer the Party that the Party has not yet fully leaned into…Every single swing seat member that co-sponsored Medicare for All won their re-election, and so the conversation is a little bit deeper than saying anything progressive is toxic." –@AOC pic.twitter.com/nGxfVpGWYi

Except the argument here isn’t ideological- are purple communities not on the internet? You can run a moderate message & not change it at all & my message still applies.

To beat this pandemic.
To rebuild our economy.
To root out systemic racism in our justice system and society.
To combat the climate crisis.
To heal the soul of our nation.

The road ahead won't be easy. But America is ready. And so are @JoeBiden and I.

I’ve been thinking so much of @IlhanMN.

Trump made Minnesota explicitly about HER. Said he’d win because of her. Many Dems in DC believed him, & marginalized her.

That burden wasn’t fair, but she took on the challenge anyway. She won.

Credit and respect her. @RashidaTlaib too.

John Kasich, who did not deliver Ohio to Dems, is saying folks like @IlhanMN, who did deliver Minnesota, are the problem.

Arizona increased taxes on the rich to fund education

All over America, voters approved a progressive agenda. Now, Congress must act

Continue reading: Ocasio-Cortez: ‘I Don’t Even Know If I Want To Be In Politics’ ...