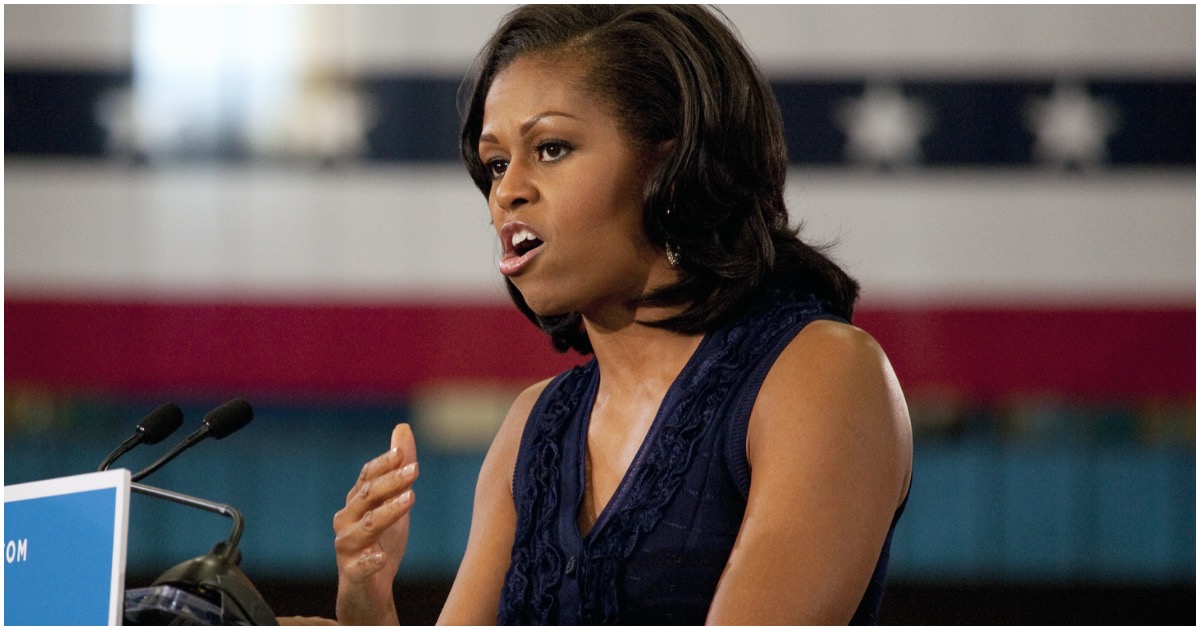 Oh, good. Michelle Obama is back in the news. And if Joe Biden does, in fact, wind up becoming president, you can probably expect to see a lot more of her.

Former first lady Michelle Obama demonized tens of millions of Americans on Saturday after news organizations declared Democrat presidential nominee Joe Biden the winner of the 2020 election—despite the fact that ballots are still being counted and the Trump campaign has filed lawsuits in several states—claiming without evidence that those who voted for President Donald Trump voted to support “lies, hate, chaos, and division.”

I’m beyond thrilled that my friend @JoeBiden and our first Black and Indian-American woman Vice President, @KamalaHarris, are headed to restore some dignity, competence, and heart at the White House. Our country sorely needs it. pic.twitter.com/yXqQ3tYRoa

Thank you to all of you who poured every ounce of your hope and determination into this democracy over these past four years, registering voters, getting them to the polls, keeping folks informed. More votes were cast in this election than ever before. It’s because of you.

And after we celebrate — and we should all take a moment to exhale after everything we’ve been through — let’s remember that this is just a beginning. It’s a first step. Voting in one election isn’t a magic wand, and neither is winning one.

Let’s remember that tens of millions of people voted for the status quo, even when it meant supporting lies, hate, chaos, and division. We’ve got a lot of work to do to reach out to these folks in the years ahead and connect with them on what unites us.

But we’ve also got to recognize that the path to progress will always be uphill. We’ll always have to scrape and crawl up toward that mountaintop. And two years from now, four years from now, there will once again be no margin for error.

We see now the reality that we can’t take even the tiniest part of our democracy for granted. Every single vote must count — and every single one of us must vote. And as a country, we should be making it easier, not harder to cast a ballot.

So it’s up to us to stay engaged and informed, to keep speaking out and marching on. We’ve got to vote in even greater numbers in the upcoming Senate runoffs in Georgia—and every state and local election going forward.

We’ve got to promise each other that our focus in this election won’t be an anomaly, but the rule. That’s how we can not only feel this way right now, but in the months and years ahead. It’s the only way we’ll build a nation worthy of our children.

My warmest congratulations again to Joe and Jill, Kamala and Doug—and each of you who stepped up when your country needed you.

No matter how many gaffes or racist comments, Joe always seems to get a pass. The amount of corruption doesn’t mean anything to the mainstream media, either.

Here are some notable Biden moments.

And so, is big mike once again finally “proud to be in America” with joe & the ho in power soon? Assuming that somehow the liberals/dem’s voter fraud isn’t finally ‘confirmed” and the election overturned….

No Michael, Michelle, or what ever your real name is, it is Democrats who lie, cheat, and steal, elections and make promises they never keep. Democrats ferment hate and division and your husband was an expert at this. So, do not try to “project” your feelings on the Republican Party.

You had best be looking into your mirror to find the true Skunk in that woodpile!