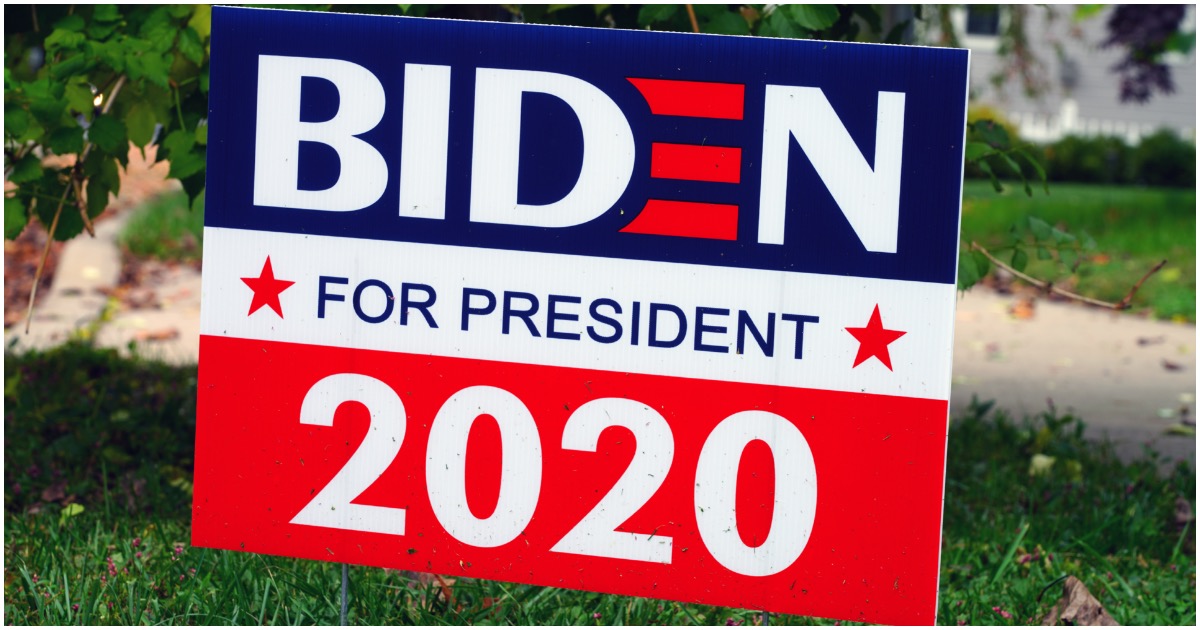 The following article, DAVIDSON: Democrats Win In Several Ways, was first published on Flag And Cross.

One of the primary reasons the networks aren’t calling the election for Joe Biden is it they recognized the massive amount of fraud that’s gone on in the swing states. If they have to reverse their calls, it will be egg on their faces, for eternity. Meanwhile, whether Joe Biden wins or not, the Democrats win. Why? Even with a second term for Donald Trump, in many respects, Democrats get much of what they want.

Democrats have long been strong advocates of free speech, or at least they were. Consider Daniel Ellsberg and the Pentagon Papers, or Woodward and Bernstein in the Watergate Investigation. They and the Democrats were for free speech then, right? How about now? Or, is it only speech with which they agree?

President Trump is a staunch advocate of free speech. Don’t mistake his railing about the fake news media with his strong support of the First Amendment. Trump does not impede the press or anyone, for that matter, from free speech. Indeed, with 92% negative news coverage about the him, you could argue that First Amendment rights for the press in America have never been stronger.

Nine on the Supreme Court

If it were to happen, a second Trump term means that the Supreme Court will stick with nine justices – as Democrat hero Ruth Bader Ginsburg vehemently advised. “It would be that – one side saying, ‘When we’re in power, we’re going to enlarge the number of judges, so we would have more people who would vote the way we want them to,’” Ginsburg remarked on July 24, 2019, in an interview.

“Nine seems to be a good number. It’s been that way for a long time,” she noted, and then added, “I think it was a bad idea when President Franklin Roosevelt tried to pack the court.” This was not her ‘dying wish’ but it’s close enough. You wouldn’t want to second guess the late Justice, would you?

Traditionally Democrats sought to be the party of the common man and woman; those who didn’t otherwise have a strong voice in Washington, D.C., and who would certainly be glad to have a lesser tax burden. Here is the chance once again to have that happen.

President Trump has shown by his deeds that he wants Americans to have lower taxes. Disregard the phony analysis which claims ‘only the rich benefitted’ from the 2017 tax bill. Multi-millions of American citizens, at all income levels, benefitted and will continue to benefit in a second Trump term. Democrats prefer to pay lower taxes, right?

For decades Democrats have been against war, especially those in far-off lands where our objectives were not clear, where U.S. troops died or were gravely injured, and where spending was virtually unlimited. Democrats marched in the streets to protest the Vietnam War. They opined incessantly about achieving peace in the Middle East. They celebrated when Jimmy Carter united Anwar Sadat and Menachem Begin in 1978 in the Camp David Accords, to create a lasting peace between Israel and Egypt.

With Donald Trump, in a second term, the peace already achieved between Israel and the United Arab Emirates, Bahrain, and Sudan will expand to other nations, notably Saudi Arabia. Peace in the Middle East is a beneficial development for the Middle East itself and for America, correct?

If one committed to having peace around the world, what better place to start than in the tumultuous Middle East? This is a region that has known war and dissension for centuries.

With a second term, Trump will extend his policy of avoiding long, drawn-out wars with murky objectives. He will safely bring troops home. That is worthwhile. True?

New or continuing developments in a second Trump term would include school vouchers so that all children can attend their school of choice and receive a decent education; the exploration of space, including further visits to the moon and a visit to Mars; the continuation of veterans’ benefits; opportunity zones in minority communities; the implementation of sentencing and prison reforms, whereby those who were unfairly sentenced can establish a new life; and much more.

Traditionally Democrats have been in favor of everything cited above. Let’s see if they’ll support such issues, regardless of who is president.