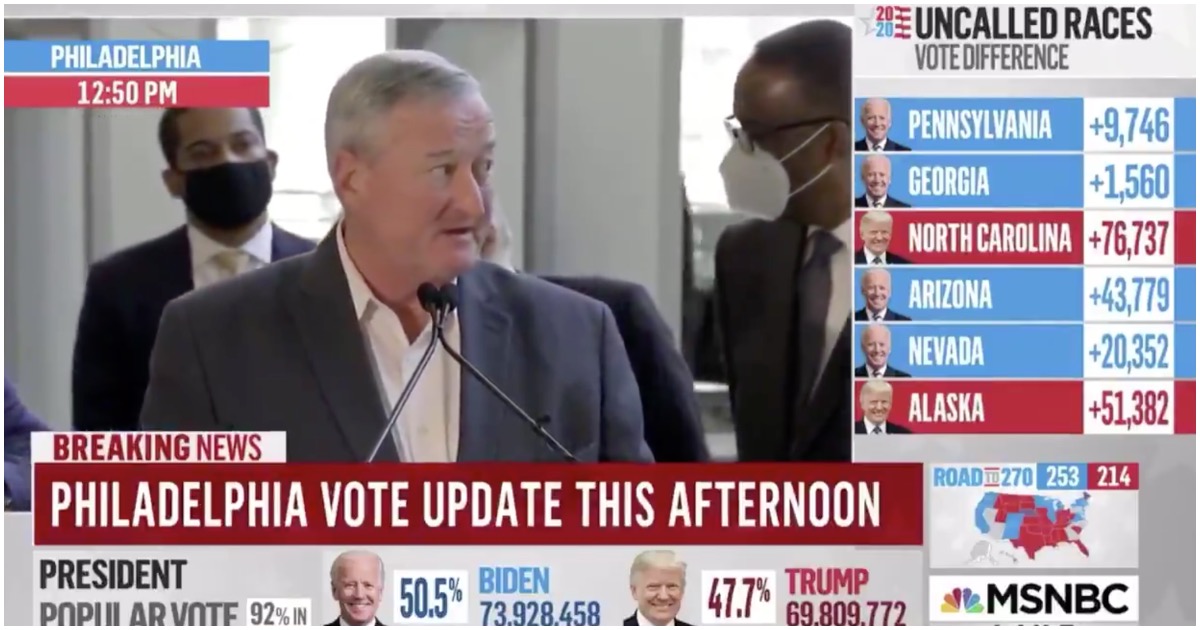 The following article, Philly Mayor: Trump ‘Lost’ to Biden, Needs to ‘Put On His Big Boy Pants’ & Concede, was first published on Flag And Cross.

He then proceeded to insult POTUS.

Philadelphia Mayor Jim Kenney on Friday had some harsh words for President Trump, urging him to “put his big boy pants on” and “acknowledge the fact that he lost” — despite races not being called in key battleground states, including Pennsylvania.

Kenney and Philadelphia election officials held a press conference on Friday, saying that the city still has “upwards” of 40,000 ballots remaining to be counted, which could take “several days” to complete, and noted that that figure did not include military and overseas ballots, which are not due to the city until Nov. 10.

“I think what the President needs to do is to frankly put his big boy pants on. He needs to acknowledge the fact that he lost and he needs to congratulate the winner” pic.twitter.com/nMqHnaYcKW

I have news for this scumbag lying cheating mayor. If you think you are going to get away with stealing this election it is you who will need a spare pair of pants. You will trigger a civil war and you will lose. We have fought against tyranny to create this country and we will fight again to protect it. Let’s stop wasting time. We need to have a civil war whether or not the traitors are successful or not. You can’t cure cancer by being nice. If you don’t cut it out. burn it out or kill it with… Read more »

There is no way Trump could win with all of the Blank Ballots Democrats have Stockpiled and ready to be made out!