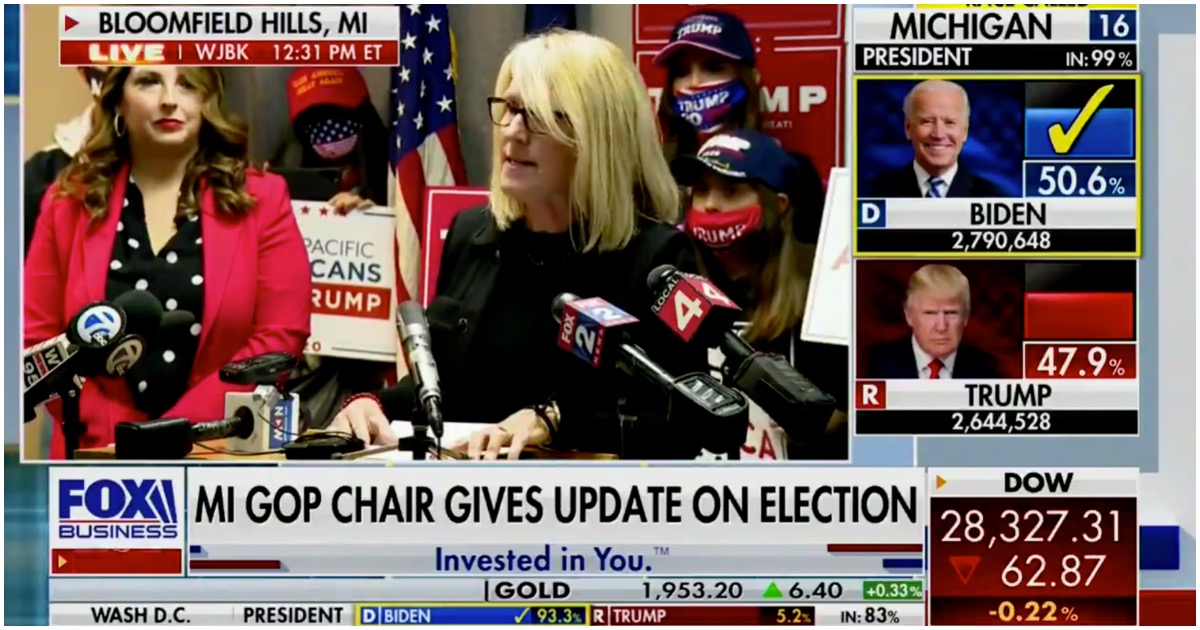 The following article, County Clerk: Glitch Led to Thousands of Votes Going for Biden But Meant for Trump, was first published on Flag And Cross.

You read that title correctly. That’s a lot of votes. As if that wasn’t bad enough, the same system was used in multiple other Michigan counties.

In fact, it was used in FORTY SEVEN other Michigan counties and upwards of 30 STATES!

Obviously, it begs the question: Did Joe Biden really win Michigan…or a handful of other states?

One Michigan county clerk caught a glitch in tabulation software so they hand counted votes and found the glitch caused 6,000 votes to go to Biden + Democrats that were meant for Trump and Republicans. 47 MI counties used this software. All must check now! pic.twitter.com/21AXyJZDZi

A computer error led election officials in Oakland County to hand an upset victory Wednesday to a Democrat, only to switch the win back to an incumbent Republican a day later.

In Oakland County’s 15th County Commission District — representing Rochester and Rochester Hills — the initial count gave a 104-vote margin to the Democrat, Melanie Hartman, amounting to a razor-thin majority of 50.08%.

The election software system in Michigan that switched 6,000 votes from Trump to Biden is called "Dominion."

It is used in 30 states including:

Every single major swing state. EVERY. SINGLE. ONE. pic.twitter.com/R6s2RnVmEF

This election is not over. This is going to take time to investigate, to sort out, to recount. Our votes deserve the respect of being verified so that every American knows the result is fair. If you don’t verify every vote & voter, the country will be stuck in a very dark place.

A winner will not be chosen today or tomorrow, there will be weeks of court battles, recounts and work to confirm the legitimacy of our election. It’s the best thing for the country no matter what the result is. Every LEGAL vote must be counted and any potential fraud rooted out.

Another Michigan glitch that helped a Democrat! Now that it’s been caught a Republican has won the race. The whole state must have their vote audited! https://t.co/15Ft0eOQTo

A computer glitch AKA programming error……or more likely intentional fraud ???? This time it had to be drastic. It’s not like the scam that Kennedy pulled off in Illinois when he was running against Nixon for the win, or the 500 votes all for Clinton in New Mexico when he was running a very tight race against George Bush Sr. for the win that were found in the trunk of a car (seriously, if a race is that close that 500 votes declares the winner, how could all of the votes be for one person? …if they were real votes… Read more »