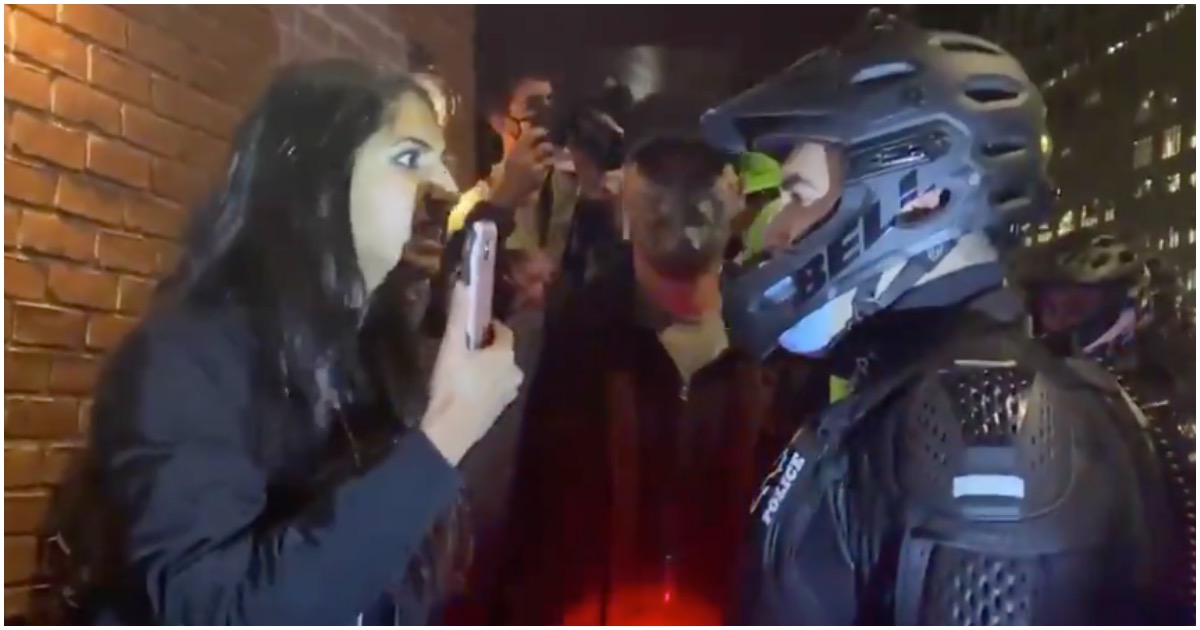 The following article, WATCH: Woman Spits Right In the Face of ‘Fascist’ Police Officer, Chaos Ensues, was first published on Flag And Cross.

Video from New York City shows a female protester spitting in a police officer’s face after screaming obscenities at him. The officer arrested the woman after she appeared to assault him by spitting in his face.

A young woman was arrested after she spat in an officer’s face after screaming, “F–k you, fascist,” tonight in the West Village. pic.twitter.com/cfgVLYJ5pc

We appreciate and value the importance of freedom of speech. Our top priority is and always will be safety. We have arrested more than 20 individuals who attempted to hijack a peaceful protest by lighting fires, throwing garbage and eggs in Manhattan. pic.twitter.com/5SzZ6lDWEz

Was it worth it, Devina? Did you think that because you’re a woman you’d get away with spitting in another human being’s face?

Spit in someone’s face / Get your nose flattened

the look on her face when LEO grabs her…

That is a physical attack. She must go to jail.

That officer was EASY on her . These morons don’t get it . Assault on a policeman , by any means , is an arrestable action . Plus you could get hurt being taken down to the ground . This loud mouth should have hit the ground at Mach 2 . Maybe next time cause we know she’s stupid enough to do it again and to the wrong person .